CHESS faculty serve as Fulbright scholars and as distinguished fellow 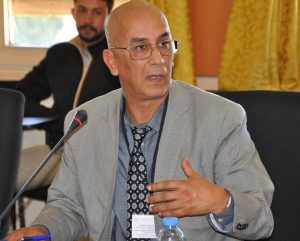 Two CHESS faculty members spent the 2018-2019 academic year abroad as Fulbright scholars, while a third faculty member is serving as a distinguished fellow at the University of Notre Dame’s Center for Advanced Study.

Dean Elaine Carey said PNW students will benefit from the insights gained by these faculty members.

“Awards such as these give faculty the time to engage in their research and/or teaching that has an impact on their host institutions in which they work with students from other countries or other universities,” she said.

“When they return to PNW, they have new experiences and scholarship to share with students and colleagues. These are prestigious awards, and I congratulate Heather Fielding, Mohammed Errihani, and Jin Lu for their commitment to their disciplines, their research and their teaching.”

Errihani said the level of spoken English has improved significantly in the past two decades. He credits the proliferation of social media and the presence of YouTube for a lot of the improvement.

“The students use social media as mechanisms for learning,” he said.

During his time away from PNW, Errihani refocused his professional priorities, including writing a book proposal that was accepted. He also learned that students have similar needs regardless of their location.

“All students need mentoring,” he said. “If you give them some of your time, the return is great and they commit. The time you spend with them is never wasted, and they are grateful for your time.” 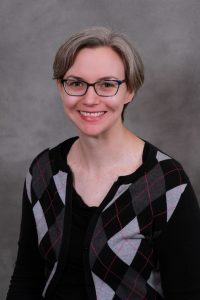 Heather Fielding, associate professor of English, served as a Fulbright Scholar at Poltava National Pedagogical University in Ukraine during the 2018-2019 academic year.

She said she admired the determination and resourcefulness that she observed in her students in light of Ukraine’s history of political repression.

“They are still living with the Soviet legacy of not offending others and conformity,” she said.

Instead, the students have taught themselves how to use technology on their own, mastering their telephones and social media to solve their problems.

“The educational system lacks basic technology,” she said. “There are no computers. Students have no access to technology within the system.”

Fielding marvels at the students’ interest in language, since some of them can speak as many as four languages and are poised to exert a positive influence on their country’s future. She hopes that PNW students can adopt some of their enthusiasm for learning.

“I think it’s urgent that our students learn more about the world, so they can have a stronger influence in the world.” 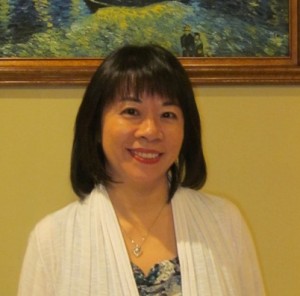 Jin Lu, professor of French, will spend the 2019-2020 academic year as a distinguished fellow of the University of Notre Dame’s Institute for Advanced Study.

Lu will assemble the materials for a book that she plans to write from her fellowship project, “Chinese Soul in Global Catholicism: Chinese Catholic Intellectuals before Vatican II (1912-1965).” She will have the title of visiting professor and participate in twice-weekly seminars and presentations about her research.

While at Notre Dame, she will make use of archival documents and contribute to the intellectual life of the university.

Lu said she plans to tell the story of a group of interconnected Francophone Chinese Catholic intellectuals who belonged to intersecting global Catholic networks that paved the way to Vatican II’s openness to non-Christian spiritual traditions.

“I am really exploring the relationship between Christianity and the cultural values of the time,” she said.