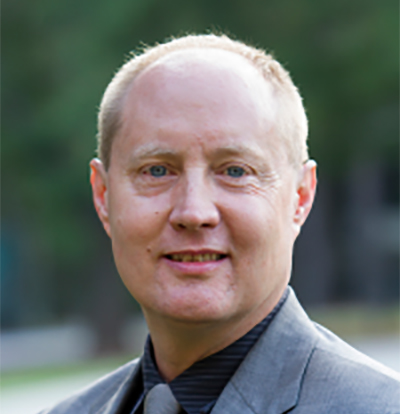 Mike Johnson’s decision to join the Behavioral Sciences department as professor and chair represents a homecoming of sorts. He taught at Valparaiso University from 2001-2006 after finishing his doctoral degree in sociology at Iowa State University.

Johnson began work at PNW on July 1 and high on his list of priorities is the development of a criminal justice major.

He believes the environment in Northwest Indiana is right for building the program.

“I found that the leaders of the various local agencies have a stronger interest in working with universities than in other parts of the country,” Johnson said.

The plan is to develop a program that is strong in the liberal arts and sciences, theory and knowledge of research with an applied focus.

“We want to keep the sociological tradition alive with a practical orientation,” he said.

The hope is that the program’s graduates will work in a variety of criminal justice and related professions, including policing, community corrections, and social service agencies.

A self-described sociological criminologist, Johnson taught for 10 years at the University of West Georgia and for three years as director of the criminology and criminal justice program at William Paterson University in New Jersey before joining PNW.