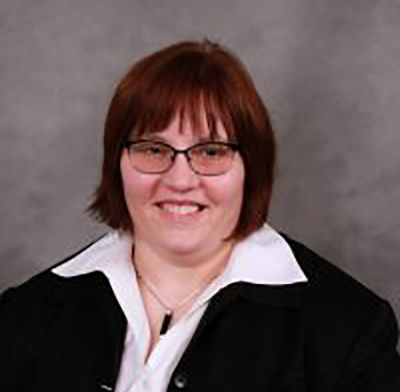 Anne B. Edwards, associate professor of human development and family studies, has been named as one of the recipients of the Felix Berardo Scholarship Award for Faculty Mentoring by the National Council on Family Relations.

Edwards has taught at PNW since 1997 and served as chair of the Department of Behavioral Sciences from 2012 to 2016. ​

Megan Murphy, director of PNW’s marriage and family therapy program, praised her colleague’s devotion as a mentor in a letter of nomination.

Edwards said she was humbled and grateful for the support she received in the selection process.

“I have been so fortunate to have many wonderful and talented students, and junior faculty that I have worked with over the years,” she said. “For me, the role of a mentor includes recognizing that talent, and encouraging my mentees to own their own talents and accomplishments.”

Edwards will receive the award in November at the council’s annual convention in Fort Worth, Texas.​ The award comes with a plaque and a $500 stipend.

The award honors Berardo, the late University of Florida sociology professor who was well known for mentoring students who became leaders in the field. Edwards will share the award with Joseph Grzywacz, a professor and associate dean at Florida State University. ​