The PNW High Energy Physics group utilizes the world’s highest energy particle accelerator at CERN and advanced detectors, such as CMS to study the fundamental particles that make up our universe.

High Energy Physics (HEP) is a subfield of physics which seeks to better understand the fundamental particles and forces of nature. Over the past 50 years this field has made tremendous advances, discovering many new particles including the Higgs Boson, and studying, in great detail, the properties of all known particles.

Yet there are still many questions that remain to be answered. Are there other fundamental particles? What is dark matter? Why is the Higgs Boson so light? Why does the universe contain so much more matter than antimatter?

The two prong approach of the program consists of a strong core research program and a vibrant education and outreach element.

The HEP research group at PNW, consists of Dr. Neeti Parashar, the Principal Investigator and Dr. James Dolen, the co-Principal Investigator, NSF funded postdoctoral research associate, and PNW students. We collaborate on experiments at both Fermi National Accelerator Laboratory (Fermilab) and at the European Organization in Nuclear Research (CERN). Our group is currently performing research on searching for new particles produced in proton-proton collisions at the Large Hadron Collider (LHC), and working to build new silicon-based particle detectors.

Students working in our group helped to build the silicon pixel detector, which is currently operating at the Compact Muon Solenoid (CMS) experiment at CERN. They have also analyzed data collected by CMS and contributed to particle property measurements and searches.

Our group runs the PNW QuarkNet center, one of only three in the state of Indiana. The QuarkNet center hosts the CMS Masterclass every year. At this event students from local high schools in Northwest Indiana visit the PNW campus and perform hands-on activities analyzing real data collected by the CMS experiment at CERN.

Students then video conference with scientists from Fermilab and CERN to present their results. The PNW QuarkNet center also hosts local high school teachers for a workshop, dedicated to teaching concepts of modern research and particle physics in the classroom. 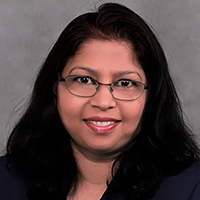 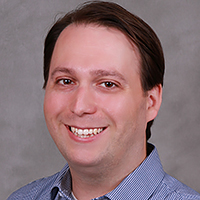 Research Activities of the group are funded by