One Book, One University 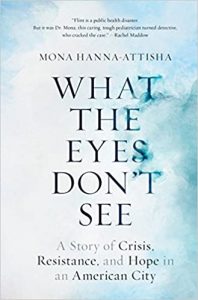 For the 2021-22 “One Book, One University” program, PNW will read and discuss, What the Eyes Don’t See: A Story of Crisis, Resistance, and Hope in an American City by Mona Hanna-Attisha.

What the Eyes Don’t See is an inspiring story of how Mona Hanna-Attisha alongside a team of researchers, parents, friends and community leaders, first discovered that the children of Flint, Michigan, were being exposed to lead in their tap water—and then battled her own government and a brutal backlash to expose that truth to the world.

Paced like a scientific thriller, What the Eyes Don’t See reveals how misguided austerity policies, broken democracy and callous bureaucratic indifference placed an entire city at risk. And at the center of the story is Dr. Mona herself—an immigrant, doctor, scientist and mother whose family’s activist roots inspired her pursuit of justice.

PNW will explore this important work with events including a film screening, panel discussion and spring 2022 campus visit and lecture by Mona Hanna-Attisha. 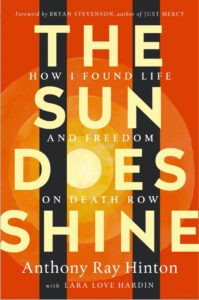 In 2021, we read and reflected on “The Sun Does Shine: How I Found Life, Freedom and Justice” by Anthony Ray Hinton. Mr. Hinton spent thirty years on Alabama’s death row for a crime he did not commit. Mr. Bryan Stevenson and the Equal Justice Initiative defended Mr. Hinton.

For his work, Mr. Hinton received the NAACP Image Award for Outstanding Literary Work. Since his release, Mr. Hinton has devoted himself to criminal justice reform.

One Book, One University: A Conversation with Mona Hanna-Attisha

Join us for a conversation with Mona Hanna-Attisha, author of What The Eyes Don’t See.