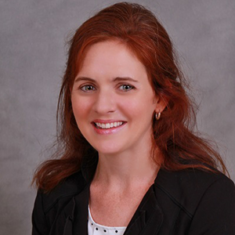 Professor Rincker is a professor of political science at PNW. She is faculty co-sponsor of Pi Sigma Alpha, the Political Science club, for Model United Nations and Model Illinois Government team at PNW.

Rincker has written many articles on gender and political ambition, qualitative research methods, gender and candidate quotas, health policy, and the effect of family ties on running for executive office. Her book on women’s representation and decentralization included original fieldwork and interviews with politicians and women’s organization leaders in the United Kingdom, Poland and Pakistan.

I love to cultivate political ambition and more broadly, success in my students. Therefore my courses feature a lot of experiential learning where you will do public speaking and learn parliamentary procedure. I teach zumba/cardio fitness because to be confident in speaking to others you must cultivate confidence in yourself.

Rincker held a Dunn Fellowship in the Illinois Governor’s Office for a year after finishing undergrad. After graduate school, she taught at Illinois Wesleyan University (2006-2008). She served as Faculty Advisor for Student Government Association at PNW.