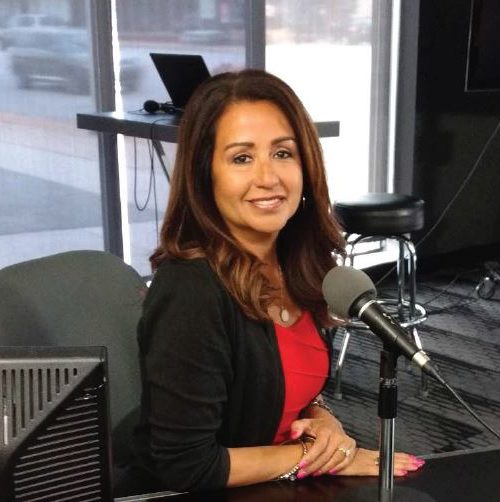 Persistence and Hard Work Pay Off

Persistence and Hard Work Pay Off

When Alexis Vazquez Dedelow was growing up in Gary and East Chicago she never had an interest in going into law.

In her mid-20s, however, she started a new job as a secretary for one of the Lake County courts. It was her first exposure to the law, and admittedly, she was intimidated by it.

“But I started meeting attorneys and watching the process, and the more I learned about it, I decided to major in political science,” says Vazquez Dedelow. She took classes part-time at Purdue Northwest’s Hammond campus, then full-time, earning her BA degree in political science and government in 1994, with minors in criminology and women’s studies.

“In the back of my mind I really wanted to go to law school,” says Vazquez Dedelow. With three young children to raise, she hesitated. However, with lots of help from family and friends, she enrolled at John Marshall Law School, earned her doctor of jurisprudence degree in 2002 and passed the bar exam in 2003. Then in 2004 she and her husband Jim Dedelow purchased the WJOB radio station, saving the region stalwart from bankruptcy. She operated the station until 2006 when she opened her own law practice in Highland, with an emphasis on family and criminal law.
Now, 11 years later Vazquez Dedelow knows she made the right decisions.

“This is something I have a passion for and want to do,” says Vazquez Dedelow, who also served as a guardian ad litem, a position in which she looks out for the best interests of children in legal cases. “I’m really interested in the dynamics law plays in families, whether juvenile or divorce court. Most of my former clients were going through a lot as far as some disruption in their family lives. I like to think I made the process easier.”

As majority owner of WJOB, Vazquez Dedelow would take time from her practice periodically to squeeze in some air time with her husband. “We put our souls into the station and getting it on its feet again. We’ve expanded our coverage and we’re having a lot of fun,” she says. “I like the fact that we now have an association with Purdue Northwest at WJOB. I think Purdue Northwest is one of the most positive entities we have in Northwest Indiana for the future.”

Located inside the Purdue Northwest Commercialization & Manufacturing Excellence Center in Hammond, the station makes it possible for broadcasting and communications students to get airtime and firsthand experience.

“I chose Purdue Northwest because it was the college my brother had attended,” she says. “We’re a ‘gold and black’ family. But for me, being a mother, wife and raising a family in Northwest Indiana, I was fortunate to live in an area that offered such a good college and campus, and never had to leave the area. The classes were flexible. I could go year round, and everybody was accommodating, from the professors to the counselors.”

Vazquez Dedelow defines her experience at PNW as, “definitely positive. It allowed me to earn my degree and come out with the education and background to be able to get into law school.”

Vazquez Dedelow also offers a bit of advice for those who think their goals are out of reach.

“It’s never too late. Don’t let people discourage you. My actions speak loudly. I could not have gone to PNW or law school without the help of many. Take advantage of the resources around you.”

On October 10, 2017, Vazquez Dedelow was sworn in as Referee to the Lake Superior Court, Juvenile Division. As a judicial officer she now decides legal disputes between parties and can continue to help people focus on what is most important…the children.