Alpha Phi Alpha Fraternity Inc. develops leaders, promote brotherhood and academic excellence, while providing service and advocacy for our community. Alpha Phi Alpha Fraternity Inc., the first intercollegiate Greek-letter fraternity established for African-Americans, was founded at Cornell university in Ithaca, New York on December 4, 1906 by seven college men who recognized the need for a strong bond of Brotherhood among African descendants in this country.

The TAU UPSILON chapter was chartered here on Purdue University Northwest campus in the spring of 2005 and has held the light of Alpha staying true to the aims of the fraternity: Manly Deeds, Scholarship, and Love for all Mankind.

Five noble and distinguished men heard the call of Alpha and formed the founding line of the Tau Upsilon chapter. This began the legacy, that will ultimately become a dynasty, where brothers of Tau Upsilon continue to stand proud and united upholding the light of Alpha Phi Alpha. 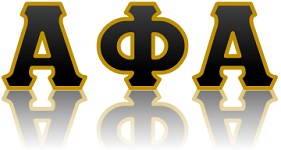