Chenn Q. Zhou, Ph.D. - Professor of Mechanical Engineering, Director of the PNW Center for Innovation Through Visualization and Simulation (CIVS) 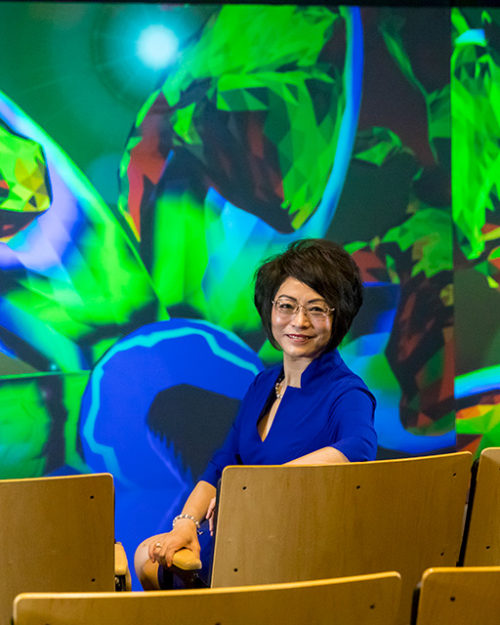 Professor Zhou is on the cutting edge in the integration of computer simulation and virtual reality visualization technologies for industrial and educational applications. She has conducted funded research projects totaling over $21 million, founded both CIVS and the nationwide Steel Manufacturing Simulation and Visualization Consortium, and collaborated with many experts from over 110 organizations including academia, national laboratories, and industries.

Her research has resulted in more than $40 million savings for companies. Professor Zhou has published more than 350 technical papers, five copyrighted CFD codes, and two patents. She has received numerous awards including the R&D 100 Award in 2004, the J. Keith Brimacombe Memorial Lecture Award by the Association of Iron and Steel Technology (AIST) in 2010, and the AIST Computer Applications Best Paper award in 2006 and 2017, the 2017 AIST Hunt-Kelly Outstanding Paper Award – First Place.

Professor Zhou received the awards of Outstanding Faculty in Teaching, Research, and Engagement at Purdue University Northwest. Professor Zhou has been a Fellow of the American Society of Mechanical Engineers (ASME) since 2003. She has served as a member of various boards and committees such as the AIST Foundation Board of Trustees.