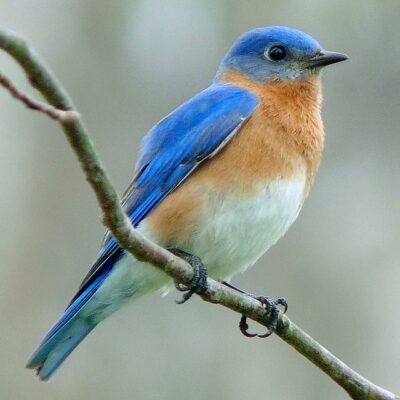 With more than 80 bird species sighted, the arboretum is an excellent place to go birding. The large grasslands, woodlands, wetland and prairie are home to a wide range of birds including bobolinks, grasshopper swallows, green herons, migrating warblers and bluebirds.

With several bluebird houses placed strategically around the property, a passionate group of volunteers monitors the population and reports their findings to the Indiana Audubon.

Gabis Arboretum received funding in 2014 from BP Whiting Refinery to restore a 2-acre parcel for an American woodcock habitat and a 28-acre parcel for a ring-necked pheasant habitat. Both species are facing severe habitat loss in northwest Indiana. Since the habitat was constructed, Gabis staff and volunteers have reported sightings of both species: evidence that the work is paying off. 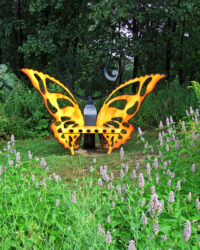 “Each fall, hundreds of millions of monarch butterflies migrate from the United States and Canada to mountains in central Mexico where they wait out the winter until conditions favor a return flight in the spring. The monarch migration is truly one of the world’s greatest natural wonders yet it is threatened by habitat loss at overwintering grounds in Mexico and throughout breeding areas in the United States and Canada. Monarch Waystations are places that provide resources necessary for monarchs to produce successive generations and sustain their migration.”