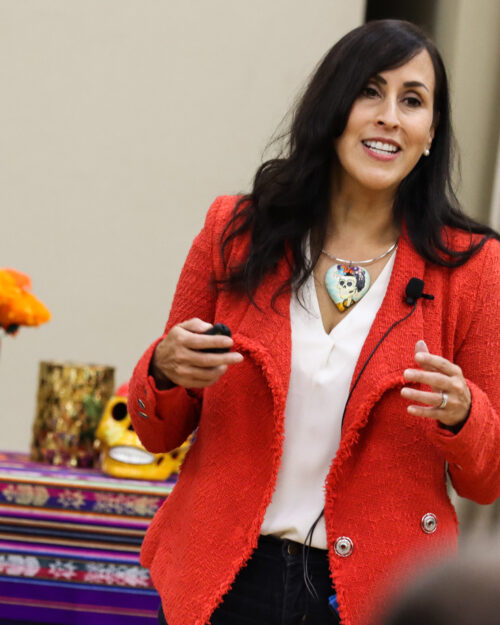 From being a “flashlight girl” to walking a “red carpet” of marigolds, children’s book author Angela Cervantes has made her dream come true of bringing Latinx characters to literature and film.

Cervantes has authored six books, including the junior novelization for the Pixar film Coco. She also wrote the novelization accompanying the upcoming picture Encanto.

During a talk Nov. 1 in Alumni Hall at the Student Union and Library, Cervantes recalled her time growing up in Kansas being a “flashlight girl” who would stay up late reading books like Charlotte’s Web and The Chronicles of Narnia. However, she expressed frustration when she was eight years-old to her school librarian that they weren’t characters who looked like her, a Latina child. She made incorporating more representation her mission.

Cervantes toiled through numerous rejections, but finally caught her break when Scholastic Publishing took on Gaby, Lost and Found. Scholastic agreed to sell 150,000 copies of the book, a generous estimate for a first-time book, Cervantes recalls. She exceeded that with over 400,000 copies sold.

Eventually, Cervantes rose up to be offered the chance to compose the derivative work accompanying Coco. Cervantes even attended the film premiere, walking the “red carpet” filled with marigolds, the traditional flower commemorating the deceased on Dia de los Muertos. 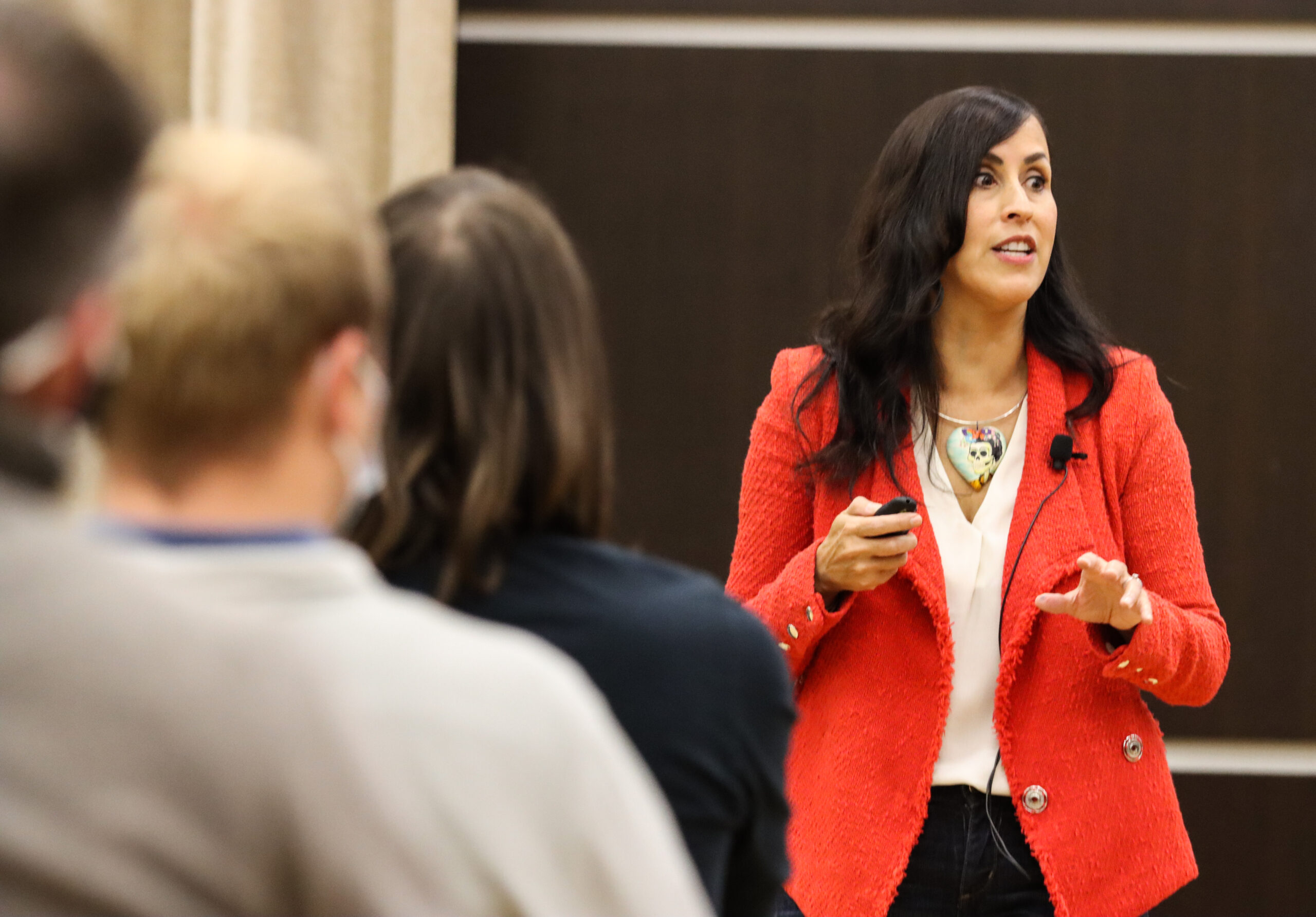 “Not Just One Story”

Cervantes during her talk expressed she doesn’t let herself become pigeon-holed telling the story of the token Latina who has had to overcome extraordinary circumstances amongst Caucasian peers. Rather, she says Latin American families and influences are ever-present and not just one storyline tampered down to the “chili con queso version.”

“It’s important we have not just one story, but many, many stories,” she says.

Cervantes says she enjoyed attending PNW to meet students and other book lovers during the Dia de los Muertos holiday.