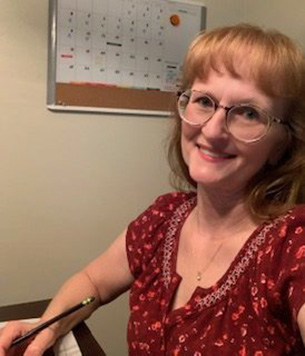 Martina James, a 2020 PNW graduate in foreign language with a concentration in Spanish, plans to continue her work as a tutor, translator and proofreader.

She said she enjoyed all of her Spanish courses, especially an independent study done with Dr. Garcia-Verdugo during spring semester in 2020.

“I love foreign languages and translation is my passion,” James said.

She had planned to minor in philosophy, but then added a philosophy major after taking the introductory course in the discipline.

“After taking several additional philosophy courses, it became clear to me that I could not stop when the minor requirements were fulfilled,” James said. “I can no longer imagine my life without philosophy being a part of it.”

She hopes to begin pursuing a master’s degree in the near future.