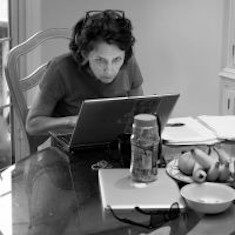 Morrow is a senior fulbright scholar and has worked to develop Women’s, Gender and Sexuality Studies in universities in Eastern Europe and South Asia. Her book publications include Unveiling Desire: Fallen Women in Literature, Culture and Film of the East with a foreword by Nawal El Saawadi (Rutgers University Press, 2017) and Getting in Is Not Enough: Women in the Global Workplace (John Hopkins University Press, 2012).

She served as editor of Feminist Formations’ (formerly the NWSA Journal) Retrospective Book Series, which consists of five edited anthologies published by Johns Hopkins University Press (JHUP) that highlight the journal’s contributions to the development of feminist scholarship. Morrow earned her Ph.D. in English at Texas Christian University in Ft. Worth.