Dean of the College of Humanities, Education, and Social Sciences 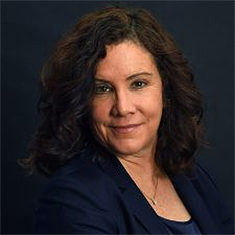 The college is home to over 1600 students, six departments and one school with 300 faculty, staff and administrators, an institute, an art gallery, two clinics, laboratories and a pre­‐K.

My research is focused on drug trafficking, social movements and human rights. I have published four books including the award-winning Women Drug Traffickers; Mules, Bosses and Organized.

Elaine is also the author of 25 peer-reviewed publications and numerous popular articles. As a historian who researches crime and human rights, she has served as an expert witness in courts across the United States and she has consulted for radio, film, television, archives, libraries and museums.

Plaza of Sacrifices: Gender, Power, and Terror in 1968

Protests in the Streets: 1968 Across the Globe, part of the Connections: Key Themes in World History. Cambridge: Hackett Publishing, 2016