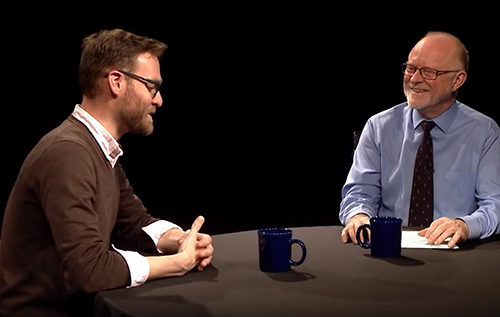 “Roundtable Perspective continues to shine with critically researched discussion on challenging topics that engage our audience,” said Jake B. Giles, studio manager and technical production advisor. “This is a tribute to our broadcasting students because not only are they gaining real world experience, but producing a show that is internationally recognized.”

Produced as part of a senior-level class at PNW, the show earned an “Award of Distinction” in the category of Film/Video-Talk Show/Interview from the Academy of Interactive & Visual Arts as part of their 25th annual Communicator Awards. PNW was the only Award of Distinction winner from Indiana in any category.

“The Roundtable Perspective” is broadcast weekly on Lakeshore PBS at 8:30 p.m. Fridays and 10 a.m. Sundays.