Will Purdue Northwest students design Mars rovers of the future? 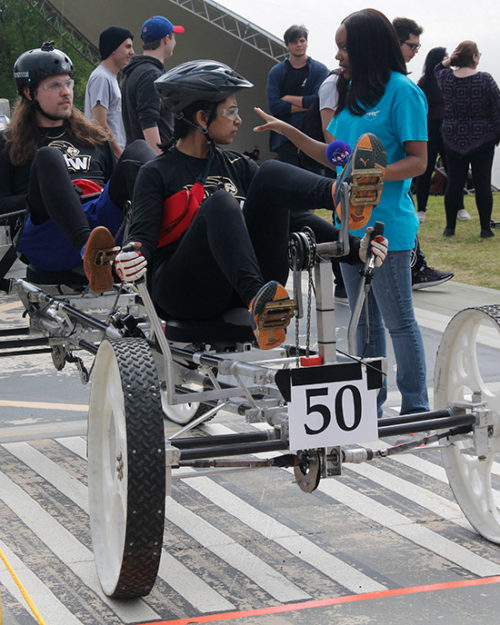 NASA’s twin Mars rovers, known as “Spirit” and “Opportunity,” have amassed unparalleled amounts of information about Earth’s distant cousin. Future explorations of Mars may include humans, which will require new technology—and Purdue University Northwest (PNW) graduates may be key players in this quest.

PNW students won sixth and ninth place honors in a field of over 50 rovers in NASA’s Human Exploration Rover Challenge 2019, held at the U.S. Space & Rocket Center in Huntsville, Alabama, April 12-13. The annual event features an engineering design challenge and promotes research and development of new technology for crewed space missions to other worlds.

PNW entered two rovers in the competition. Rover #1 finished in sixth place and Rover #2 came in at ninth place. They were also two of only 24 rovers that accumulated points in an allotted time. 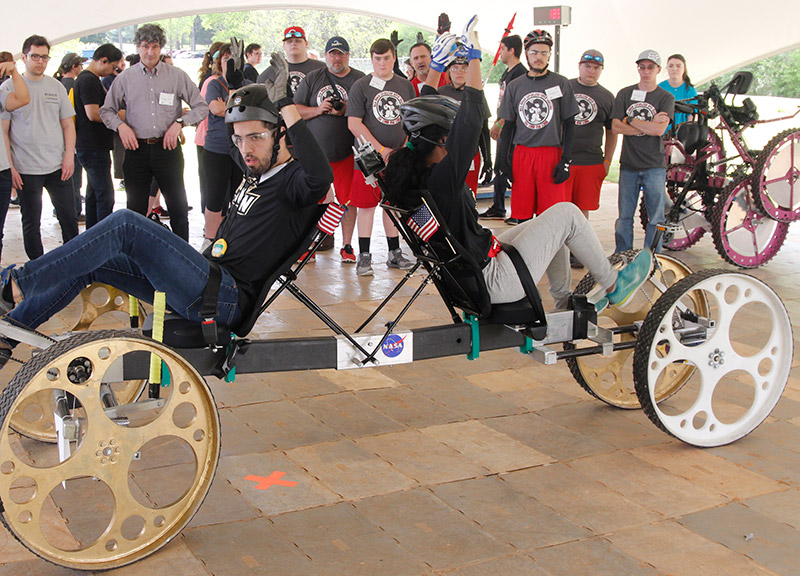 “The rover team this year worked very well together as can be seen by their accomplishments,” PNW professor of mechanical engineering Harvey Abramowitz said. “Having both vehicles finish in the top nine, with chances for both to win it all, was awesome to see. The team itself was international in character with members from different parts of the globe, including Brazil and Malaysia, the home countries of the Rover #2 riders. Teamwork can accomplish much, and these students should be congratulated for representing PNW so well.”

The challenge required a student-constructed rover to traverse a 0.5 mile course with 14 Martian-type obstacles while performing a variety of five tasks, such as sampling rocks and planting a flag on a cratered surface. The rover itself was required to fold into a five foot cube and be driven by a male and female team. Points were earned for each obstacle overcome and each task completed. The points must be earned within six minutes with the rover returning to the base within seven minutes for the points to count. The seven minute window mimics how much oxygen would be available for such an outer world excursion.

The School of Engineering at Purdue University Northwest

The PNW School of Engineering is recognized for its expertise in mechanical, civil, computer, and electrical engineering. In 2019, U.S. News ranked the school No. 35 among the Best Engineering Programs in the U.S., of engineering schools whose highest degree is a bachelor’s or master’s degree.