“I remember the days of Atari when we had games like ‘Pong’ and ‘Pac-Man,’ so I think it’s great to see how much things have changed and grown,” said Rick Costello, director of Athletics at PNW. “Nowadays, athletes want to be gamers and gamers want to be athletes. We are all in on Esports, and we’re making sure that our student-athletes have the tools to be successful and have a great experience as well.”

PNW was the first public university in Indiana to offer varsity-level Esports, launching its program in 2020. Head coach Justin Bragg, a highly-touted former collegiate Esports player himself, leads the team. Bragg’s craft was “League of Legends,” and he at one point ranked in the top 10 players in North America.

PNW’s Esports student-athletes also compete in “League of Legends,” as well as other titles including “Call of Duty: Vanguard,” “Rocket League,” and “Valorant.” The co-ed team has grown to over 120 players, which includes varsity and club levels. 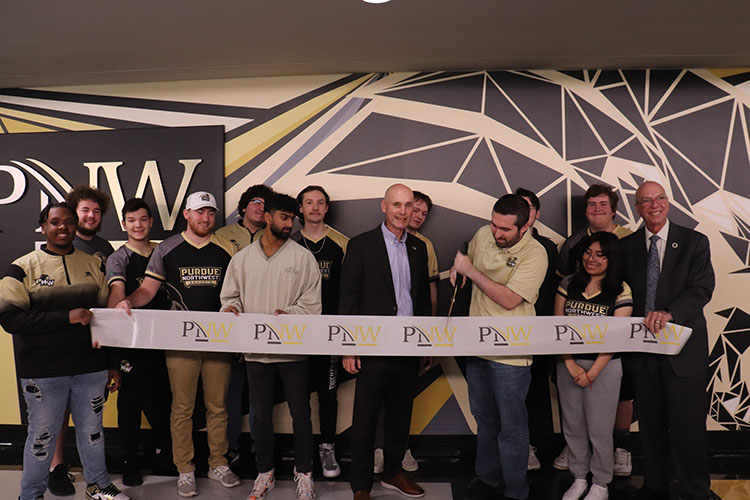 “Esports in general is something that is a growing industry, and we can tell from how many students are involved in the program right now,” said Bragg. “We really appreciate having a space on campus where we can host events and have competitions for our teams. All of this is integral to running a successful Esports program.” 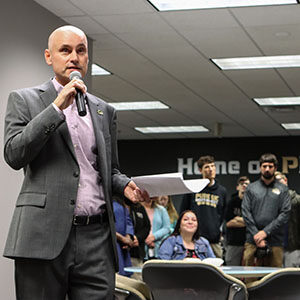 “I’ve been given the opportunity to get scouted because I came out of Munster High School,” said Felix Barrera, third-year Accounting and Finance double-major and Esports student-athlete. “Fortunately, we had an Esports program there, and I was fortunate enough to have a better room here. When we got these rooms and computers I was thankful for the opportunity to have them because they let us compete to the best of our ability and be at our best form for competitions.”

The Esports arenas are an example of what we have been trying to do to have more space appropriate for student use, whether that is for relaxing or studying. We have made these into high-quality spaces so people can enjoy their time at PNW. 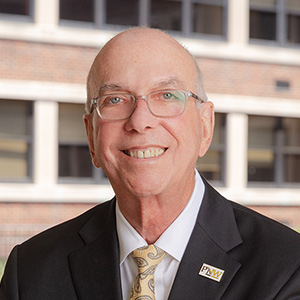 PNW students are welcome to use the space too and can reserve time slots and request games for play. The Westville Esports arena is in the Library-Student-Faculty Building and the Hammond arena is in the Student Union & Library Building.

“Deep in the roots of Purdue Northwest is engineering, technology, and the sciences, and this lends itself to mirror that image of who we are,” said Chancellor Thomas L. Keon. “As we have developed over the years, we have more full-time students, meaning there are more students on-campus all day every day. The Esports arenas are an example of what we have been trying to do to have more space appropriate for student use, whether that is for relaxing or studying. We have made these into high-quality spaces so people can enjoy their time at PNW.”