Get Ready for Late Night Madness 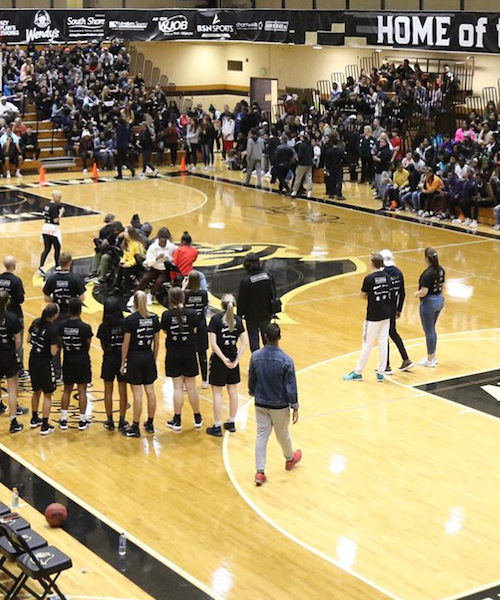 The free event will start at 9 p.m. CT with ESPN’s Brooke Weisbrod returning as emcee. Fans and students are encouraged to partake in a variety of activities and games, including a dance contest, musical chairs, tug-of-war and more with chances to win prizes like an Apple Watch, Apple AirPods, Nintendo Switch and big screen TV.

Participants are encouraged to arrive early and dress in Halloween costumes. The first 500 through the door will receive an exclusive Late Night Madness t-shirt. Free food and beverages (while supplies last) will be available from Corporate Champions Chick-Fil-A, Pepsi, and Domino’s.

The event will introduce the Purdue Northwest Men’s and Women’s basketball teams, led by Head Coaches Boomer Roberts and Courtney Locke. Teams will be introduced and compete amongst each other in a dunk contest and three-point shootout. The PNW cheer and dance teams will be also be performing with an appearance from PNW’s mascot, Leo the Lion.

Both PNW basketball programs will tip off the season on the road when they travel to GLIAC/GLVC crossover events on Friday and Saturday, November 12 and 13.

The men’s team will play its home opener on Tuesday, November 16, against East-West University at the H.D. Kesling Gymnasium on PNW’s Westville campus.

Both PNW squads host the opener at FNRC in Hammond when they compete against non-conference opponents in a doubleheader on Thursday, November 18. The women’s team will host Roosevelt at 5 p.m. and the men will host Indiana Northwest at 7 p.m. CT.

Fans can view the full schedule for each team and purchase season tickets at the official online home of the Pride at PNWathletics.com.

Face coverings are required in all indoor spaces for everyone on the Purdue University Northwest campuses, regardless of vaccination status.