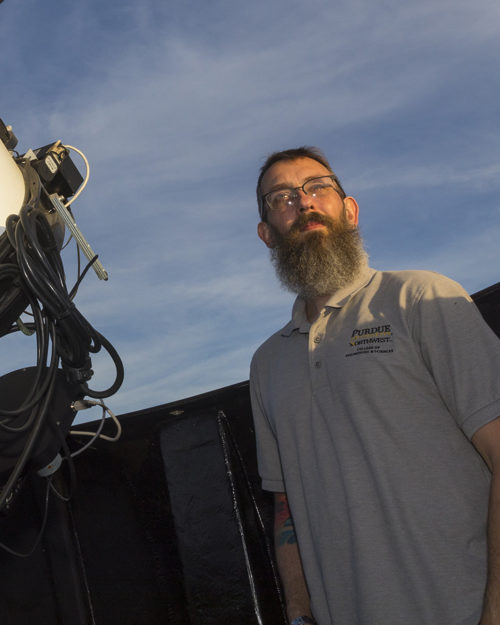 Saving the Earth – One Asteroid at a Time

As an associate professor of physics and astronomy at Purdue University Northwest (PNW) and the director of PNW’s Northwest Indiana Robotic (NIRo) Observatory, Adam Rengstorf, Ph.D., has spent the last several years developing campaigns that give undergraduate students their first introduction to observational astronomy research. “There are literally an astronomical number of systems we could observe in the night sky, but what I find most interesting are the systems that change – in brightness, or position, or both – over time,” Rengstorf says.

“My research students and I have observed eclipsing binary star systems, found rotation rates of main-belt asteroids, and tracked near-Earth and potentially hazardous asteroids.” NIRo is a recognized observatory with the International Astronomical Union’s Minor Planet Center (MPC), to which Rengstorf and his undergraduate researchers have been submitting new observations of asteroids. The MPC collects data on known asteroids from observatories around the world and periodically recomputes their orbits. Near-Earth asteroids are relatively small and can be hard to see, but if one of their orbits intersects with Earth’s orbit, scientists would need to know as soon as possible to help keep people safe from disaster.