Alicia Guerrero has long held a fascination with computers and technology applications. She cherishes one of her favorite television shows while growing up, Leverage, which featured a hacker character.

Now graduating in December with a computer information technology degree, the Cedar Lake native considers herself a full-fledged, multi-talented, and employable programmer.

“Right now I want to do web design, but I just got my resume out there, so we’ll see,” Guerrero says. “Computer Information Technology is a jack-of-all-trades degree, so you can do programming with security, databases, and just learn the basics of a bunch of different stuff.”

Guerrero first got her hands on a computer when she was in middle school. She wanted to learn all she could. Guerrero also lives with epilepsy.

“It (the computer) opened up a bunch of new avenues, and it allowed me to communicate with my disability more easily,” Guerrero says. “That’s what got me super interested.”

One of Guerrero’s past coursework assignments at PNW allowed her the chance to program her own cell phone applications.

One that she still keeps in her pocket to further work on to this day is a health management app.

“It’s really fun because you get to mess with the design and test it on your phone,” Guerrero says. “I’m trying to make it a little more functional and input information that specifically focuses on epilepsy. What I thought would be interesting is to be able to measure heart rate, and measuring that during an epileptic episode would be helpful.”

As she makes progress on her pet project, Guerrero has her sights set on being a web designer.

Guerrero feels PNW proved a great fit to keep her close to home and allowed her to make incredibly helpful peer and instructor connections.

“They (friends) were really supportive, and sometimes they knew more than I did and helped out. They were good about explaining things. We were always sharing resources online and things to help practice. My teachers were especially understanding with epilepsy and helpful about accommodating that. Other students were, too.” 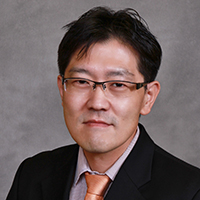 “He was my networking teacher, and I did some programming classes with him. He was just always really understanding and good with accommodating me. It means a lot because I have a hard time with my disability.”