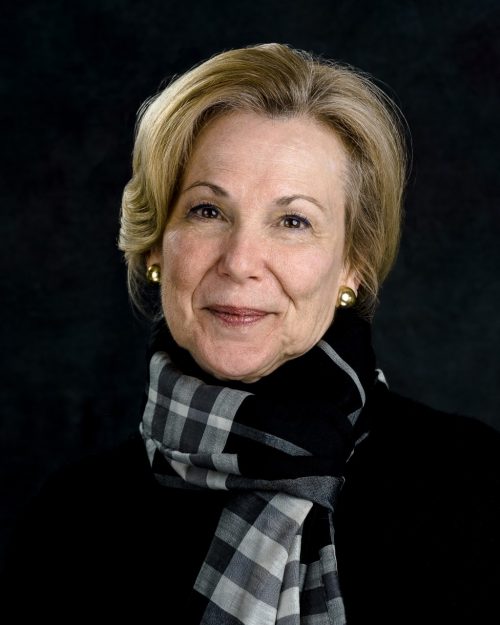 The Purdue University Northwest (PNW) Sinai Forum announced today (September 8) an update to its lineup of notable speakers for the upcoming season, covering topics ranging from the pandemic response to justice issues to climate change.

The second event in the series, scheduled for Sunday, November 7, will feature the world premiere of an interactive biography of Holocaust survivor Max Eisen. The presentation will be made by Stephen D. Smith, executive director of USC Shoah Foundation, and Heather Maio-Smith, CEO of StoryFile, which originated the concept of interviewing Holocaust survivors interactively. These unique interviews give people opportunity to have conversational experiences with survivors of the Holocaust and other witnesses to history.

“While we are disappointed to share that Max Eisen, an incredible educator, author and Holocaust survivor, is unable to join us for the November 7 program, we are thrilled to bring his testimony to Northwest Indiana audiences through the USC Shoah Foundation,” said Leslie Plesac, executive director of the Purdue Northwest Sinai Forum. “We are pleased to provide a forum for this engaging and inspiring story, along with all the leaders, entrepreneurs and activists who will educate and enlighten our audiences throughout the Sinai Forum season.”

Hosting prominent and thought-provoking speakers has been the cornerstone of the Sinai Forum’s distinguished history. The forum is designed to provide audiences with a unique opportunity to hear noted speakers and pose questions in a town-hall style format.

The season runs from October 2021 through February 2022. All programs, with the exception of An Afternoon with Steve Wozniak, will be held at the Purdue Northwest James B. Dworkin Student Services and Activities Complex on PNW’s Westville Campus, 1401 S. U.S. 421, Westville, Ind. The February 6 program with Steve Wozniak will be hosted at the Stardust Event Center at Blue Chip Casino, Hotel & Spa, 777 Blue Chip Dr., Michigan City, Indiana.

“An Overview of the Pandemic from the Inside” 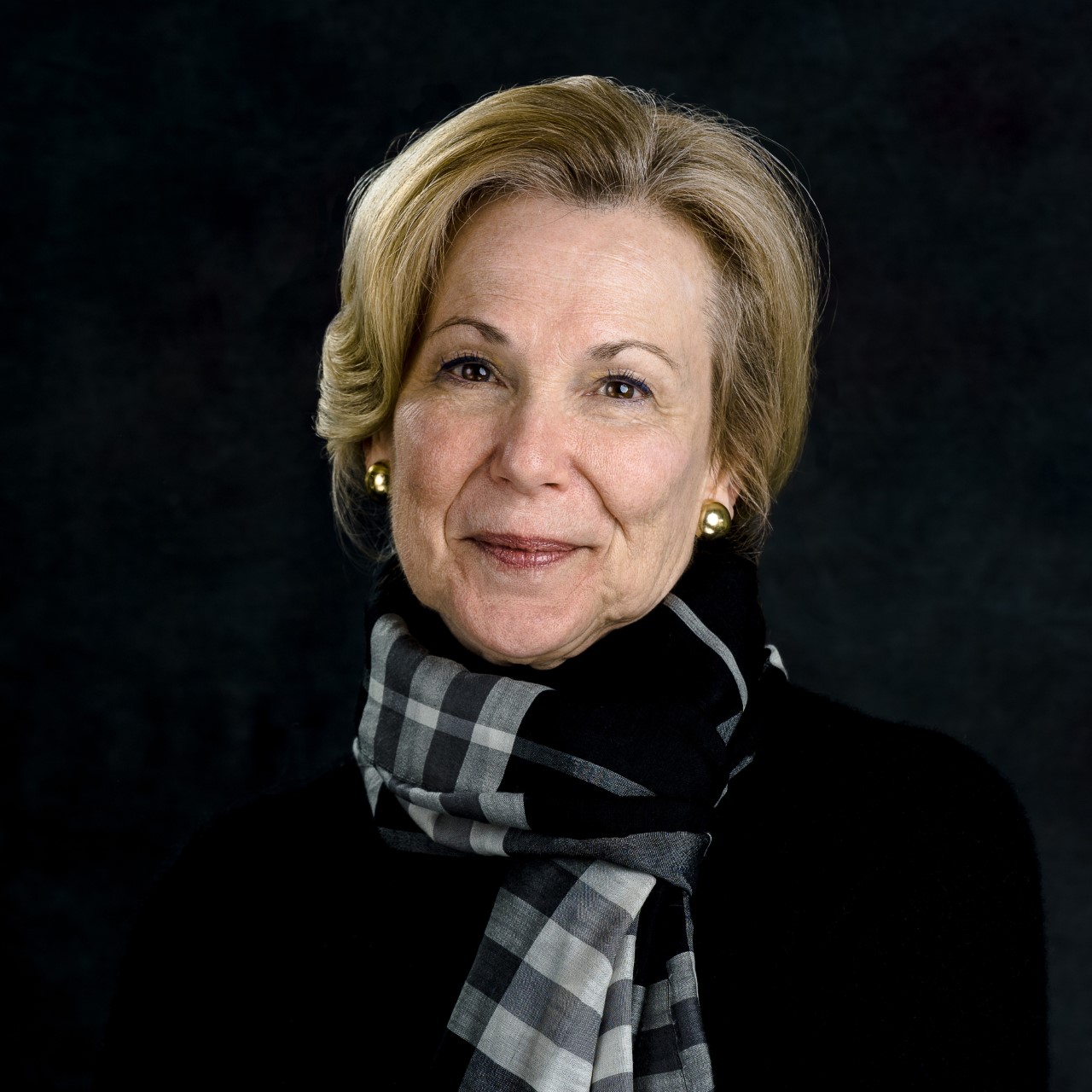 Deborah Birx, MD, is a world-renowned medical expert and leader whose long career has focused on clinical and basic immunology, infectious disease, pandemic preparedness, vaccine research and global health. She began her career serving the United States as a colonel in the Army, and later ran some of the most high-profile and influential programs at the U.S. Centers for Disease Control and Prevention (CDC) and the U.S. Department of State.

Stephen D. Smith and Heather Maio-Smith will lead the world premiere of an interactive biography of Holocaust survivor Max Eisen.

USC Shoah Foundation’s mission is to develop empathy, understanding, and respect through testimony. The Shoah Foundation was founded in 1994 by Steven Spielberg one year after completing his Academy Award-winning film Schindler’s List. In 2010, Conscience Display, led by Heather Maio, originated the concept for interviewing Holocaust survivors interactively and brought the Dimensions in Testimony to USC Shoah Foundation.

These unique interviews give people opportunity to have conversational experiences with survivors of the Holocaust and other witnesses to history, long into the future. Join Dr. Stephen D. Smith, Executive Director of USC Shoah Foundation, and Heather Maio-Smith, CEO of StoryFile – and Max Eisen holographically – to learn more about the future of Holocaust education.

Max Eisen is a passionate speaker and educator who has shared his story of courage to warn of the dangers of hatred and discrimination in society and to promote understanding.

“On Justice and Mercy” 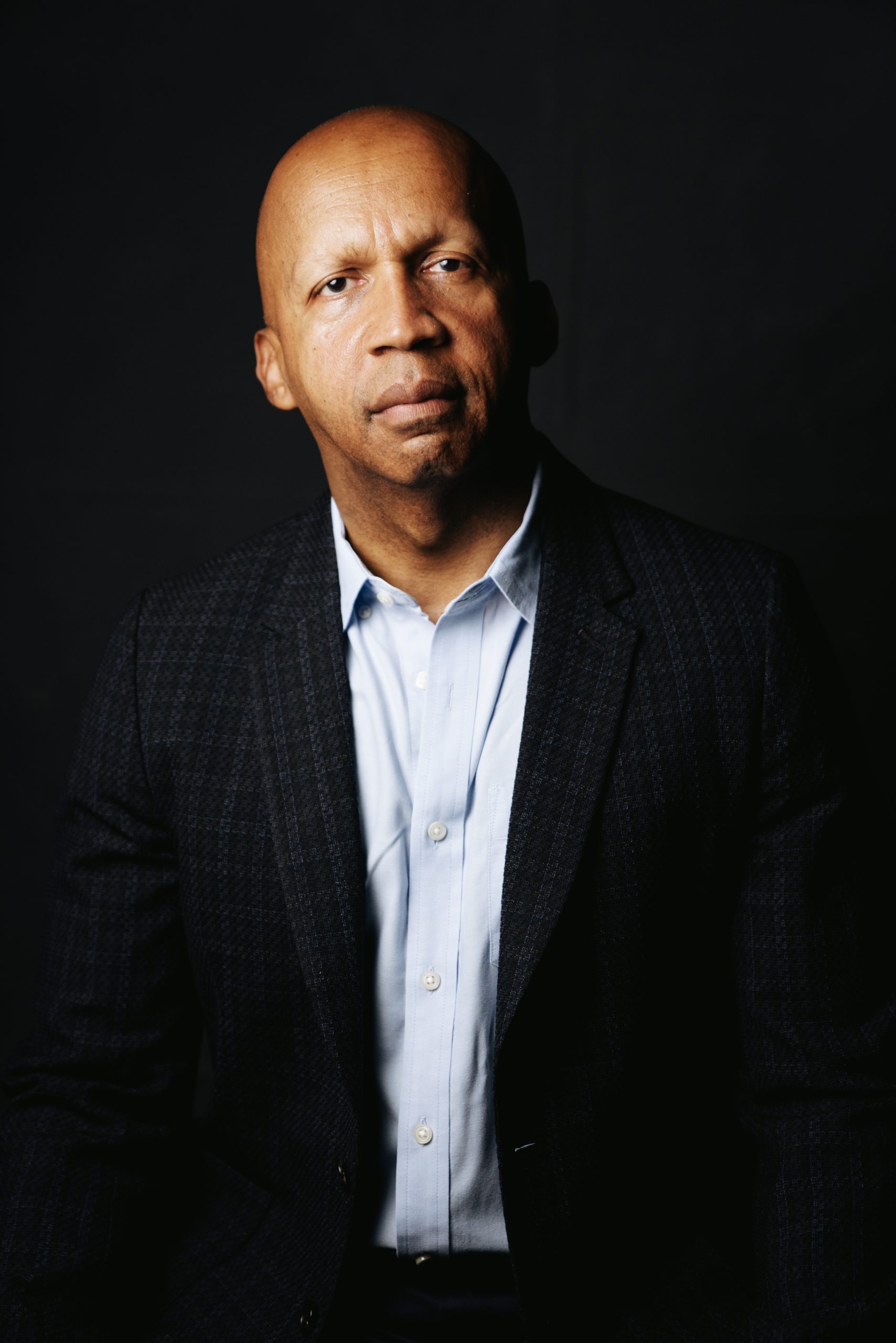 Bryan Stevenson, founder and executive director of the Equal Justice Initiative, will be featured as part of the 68th season of the Purdue Northwest Sinai Forum at 4 p.m. on Dec. 5, 2021.

Bryan Stevenson is the founder and executive director of the Equal Justice Initiative (EJI), a human rights organization in Montgomery, Ala. Under his leadership, EJI has won major legal challenges eliminating excessive and unfair sentencing, exonerating innocent death row prisoners, confronting abuse of the incarcerated and the mentally ill, and aiding children prosecuted as adults.

Stevenson has initiated major new anti-poverty and anti-discrimination efforts that challenge inequality in America. He led the creation of two highly acclaimed cultural sites which opened in 2018: the Legacy Museum and the National Memorial for Peace and Justice. These new national landmark institutions chronicle the legacy of slavery, lynching, and racial segregation, and the connection to mass incarceration and contemporary issues of racial bias. Stevenson is also a professor of law at the New York University School of Law.

“Into the Icy Realm” 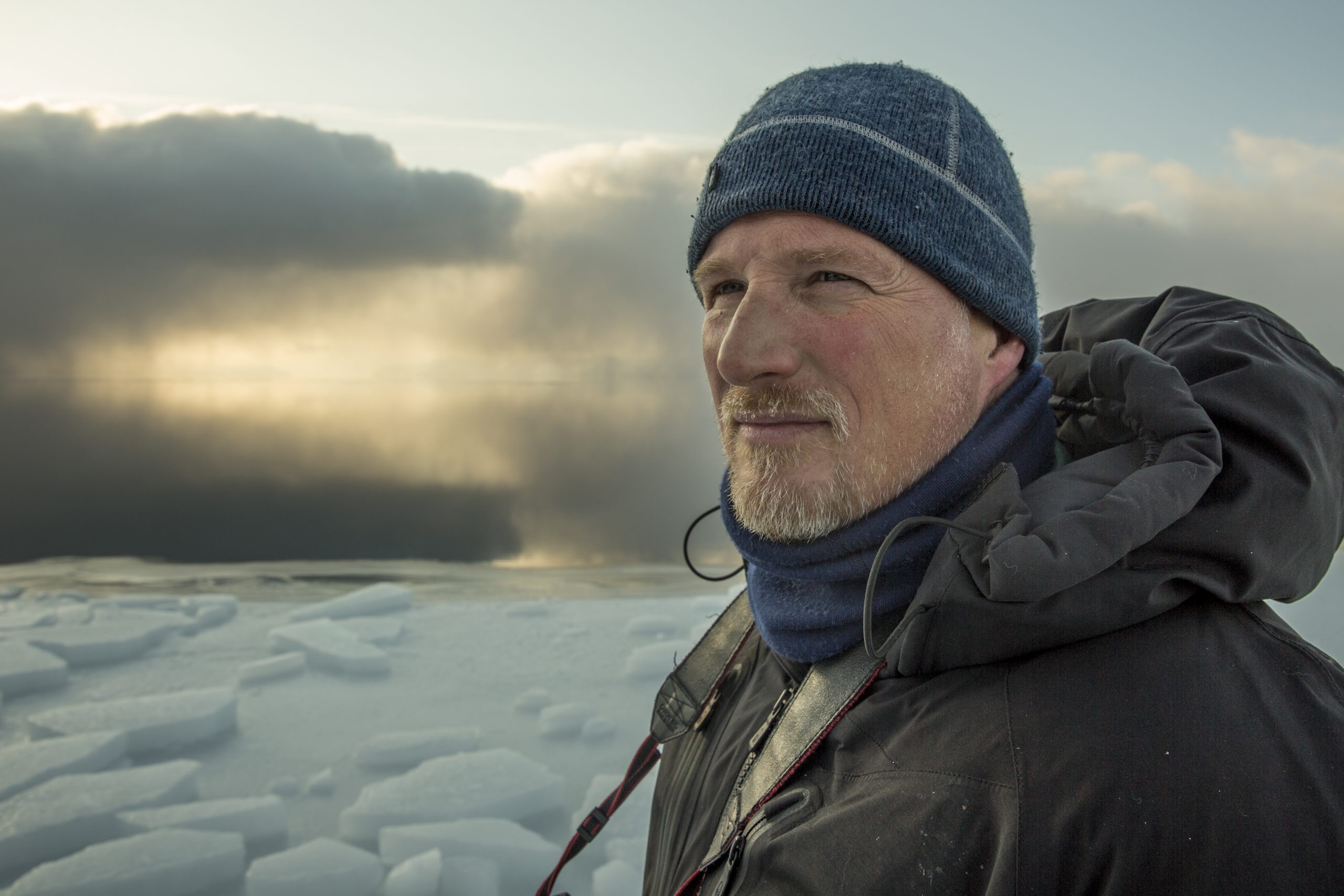 Paul Nicklen, one of the world’s most acclaimed nature photographers, a TED Talks legend, author, and National Geographic Fellow, will speak at the Purdue Northwest Sinai forum at 4 p.m. on Jan. 9, 2022.

Paul Nicklen is a Canadian photographer, filmmaker and marine biologist who has documented the beauty and the plight of our planet for over 20 years. In addition to being one of the world’s most acclaimed nature photographers, he is a sought-after speaker, TED Talks legend, author and National Geographic Fellow.

In the past two decades, he has collaborated with scientists, filmmakers, conservationists and explorers to create awareness and inspire action for global issues like climate change. As an assignment photographer for National Geographic magazine, Nicklen captures the imagination of a global audience.

“An Afternoon with Steve Wozniak” 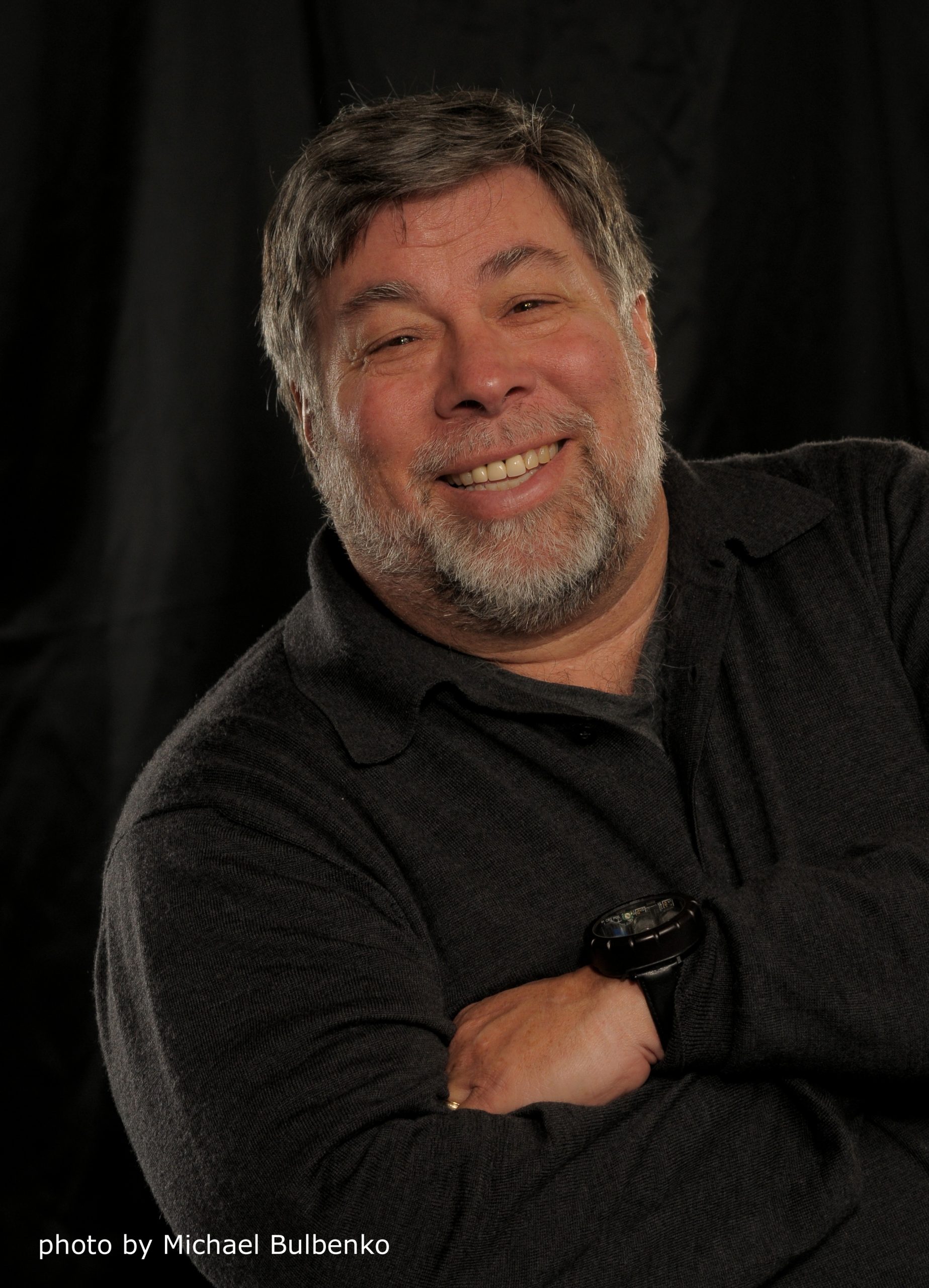 Steve Wozniak, a Silicon Valley icon and philanthropist and co-founder of Apple Computer, will speak during the 68th season of the Purdue Northwest Sinai Forum at 4 p.m. on Feb. 6, 2022.

A Silicon Valley icon and philanthropist for more than 30 years, Steve Wozniak has helped shape the computing industry with his design of Apple’s first line of products – the Apple I and II. In 1976, Wozniak and Steve Jobs founded Apple Computer Inc. The Apple II was integral in launching the personal computer industry.

For his achievements at Apple, he was awarded the National Medal of Technology by the president of the United States in 1985, the highest honor bestowed on America’s leading innovators. In December 2020 Wozniak launched his company Efforce, which aims to use cryptocurrency and blockchain technology to make it cheaper and easier for companies to fund green projects.

Regular season series tickets with general seating for all five programs are $175. Patron season series tickets, including reserved seating and an exclusive reception with speakers before each program are $300. Both patron and regular level season tickets will include a link for each program to allow for virtual viewing, if preferred. Virtual tickets are $100 and will allow for virtual viewing only via a link provided for each program.

Detailed information about the Purdue Northwest Sinai Forum is available at pnw.edu/sinai-forum.