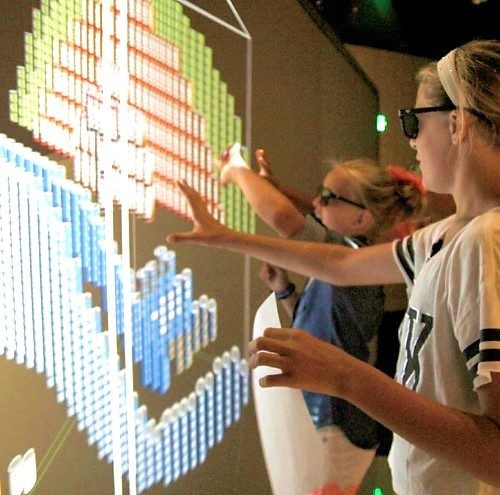 Members of a northwest Indiana “Canstruction” team used CIVS-created software to help design and build sculptures made entirely out of canned foods in 2015.

Purdue University Northwest’s (PNW) multidisciplinary Center for Innovation through Visualization and Simulation (CIVS) celebrates its 10th anniversary with an open house from 11 a.m. to 1 p.m. on Wednesday, April 17 in the CIVS Immersive Theater and Labs, Room 123 in the Powers Building, 6937 Woodmar Ave., on PNW’s Hammond Campus. Light refreshments will be served.

This event is free and open to the public and will include demonstrations of practical, real-world uses of advanced computer technologies such as Virtual Reality (VR) and Augmented Reality (AR). While best known for creating virtual simulations of steel and other manufacturing environments and processes, the Center’s open house demonstrations will span the full range of CIVS technological wizardry. 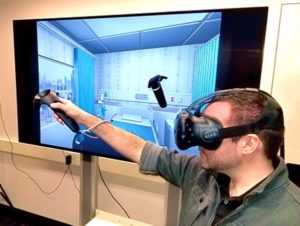 The public is encouraged to join in the celebration, participate in innovative virtual reality developments, and explore upcoming summer camp and other community-directed educational offerings. For more information, contact CIVS at civs@pnw.edu.

Center for Innovation through Visualization and Simulation