Iris Sanchez, director of Hispanic Serving Institution (HSI) Initiatives at Purdue University Northwest (PNW), feels she’s fulfilling her ideal role: serving the local Latino community on a large scale, in turn positively affecting the visibility of the many ethnicities under that umbrella.

Sanchez, who joined PNW in February 2022, brings two decades of experience in higher education working in the areas of student life, multicultural programming and community outreach to steer the university’s service to Latino students, businesses and community leaders.

“I couldn’t pass up the opportunity to apply for my dream job (at PNW),” Sanchez says. “My life’s purpose has been to serve my community. Since PNW is so big, there are so many Latino students here, and I can broaden my spectrum of the lives I can influence.”

Sanchez believes her drive began early in her childhood. Both of her grandfathers came to the U.S. from Mexico as contracted workers through the Bracero program during the 1940s. Sanchez’s immediate family settled in Cedar Lake. Growing up she worked on the family’s horse ranch, and was an avid equestrian and 4-H participant. She also was in drama, show choir, environmental club, and spell bowl.

Sanchez says it was personally difficult for her to grow up in a non-diverse community.

“I think it made me a stronger person,” says Sanchez. “I focused on proving that as a person of color, I was just as good as them. I was privileged to grow up the way I did and have those experiences. I see the world through a different lens than my counterparts who grew up in an urban setting.”

Sanchez earned a scholarship to attend Valparaiso University as a first-generation student. She completed a double-major in Political Science and Spanish.

During and after her undergraduate years, Sanchez says she developed a love for nonprofits. She connected and volunteered with several Latino-focused resources and centers, and eventually found her way to Ivy Tech’s East Chicago campus, where she served as director of Student Life, director of Human Resources, assistant director of Diversity Affairs, and Plazas Comunitarias coordinator over the course of 20 years.

Sanchez led English as a Second Language (ESL), computer, citizenship, and financial classes and workshops for community members and immigrants, to name a few of her accomplishments. She earned her master’s degree in Public Affairs from the School of Public and Environmental Affairs at Indiana University Northwest in 2018.

“I made all my connections and really got familiar with the community,” says Sanchez. “I made lifelong partnerships with different people and organizations, who are still around today, which has been great to bring to this new role.” 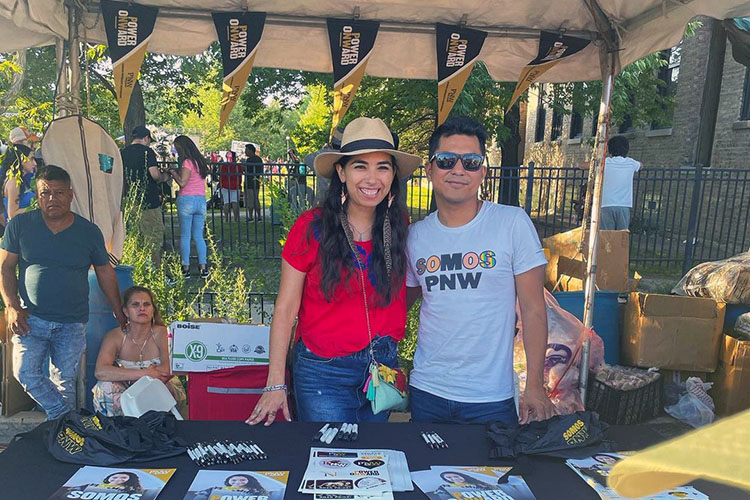 Not just in words, but also in actions

As a strategic university goal, PNW is working toward achieving HSI status, which is designated by the U.S. Department of Education to colleges or universities where at least 25% of undergraduate students self-identify as Hispanic or Latino. Earning the designation also would allow PNW to receive federal funding for furthering educational success of its Latino students. PNW’s Latino student population continues to grow, with fall 2021 data showing 24.1% of undergraduates self-identifying as Hispanic or Latino.

“Our ultimate goal is to be visible to the community as an HSI — not just saying it in words, but being sensitive to our community,” says Sanchez. “Ultimately we’re well on our way and we’re in the community building those relationships.”

[Iris's] life and career experiences, combined with her passion for service to the Latino community, allow PNW to have a distinctive insight into the needs of Latino students and provide support accordingly. 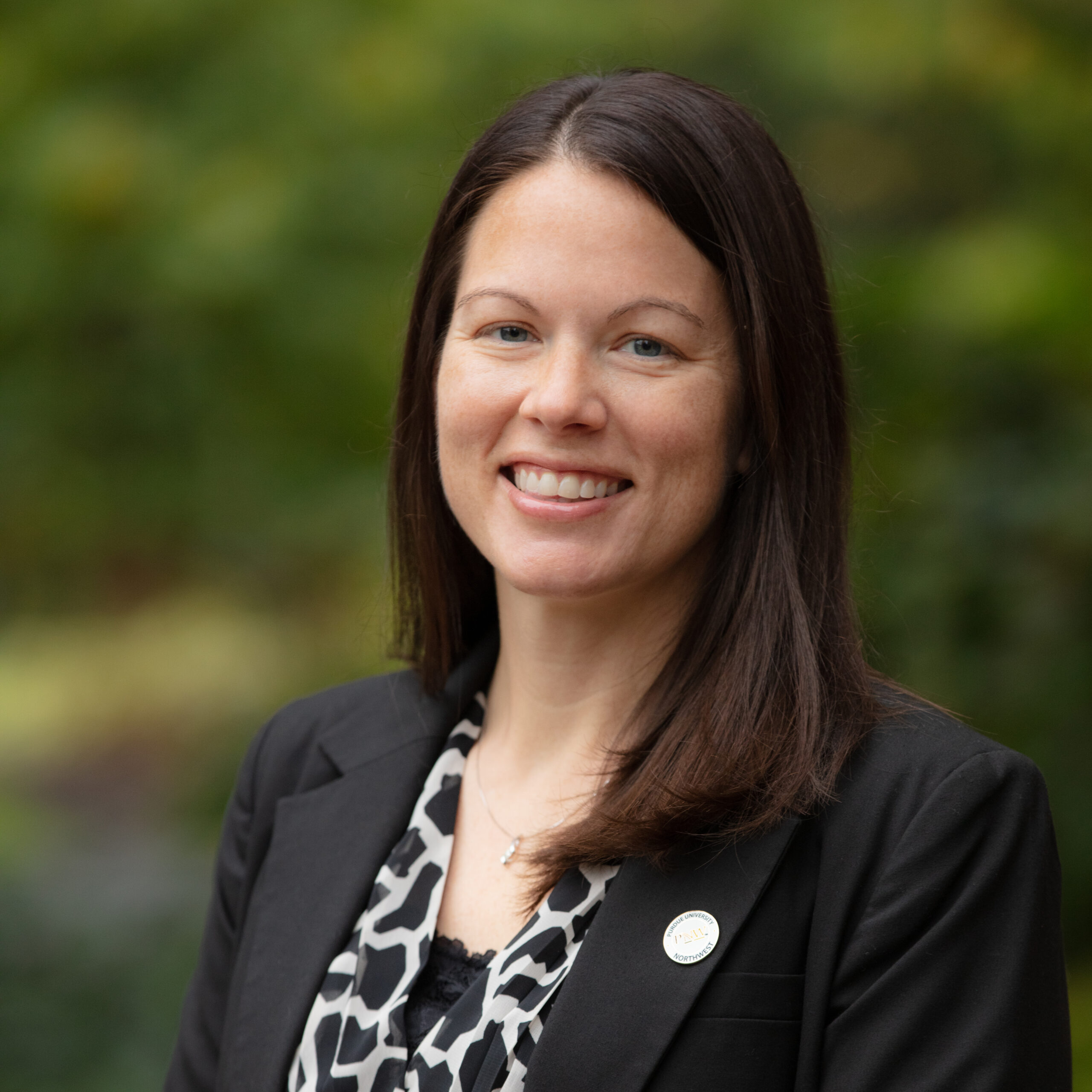 HSI status ultimately means making Latino students feel they belong and where they can be active shapers of the university’s collective identity, says Sanchez.

HSI status also means recognizing the spectrum of Latino voices in Northwest Indiana. PNW is home to Hispanic students who represent ethnicities in Mexico, Central America, South America, and the Caribbean, plus representation in the LGBTQ+ community.

Sanchez’s unifying message and brand is “Somos PNW,” an affirmative in Spanish meaning “We are PNW,” which represents Latino identity with the university and the many voices within the culture.

“Iris Sanchez is an essential contributor to PNW’s service to Latino students,” said Elizabeth Babcock Depew, vice chancellor for Enrollment Management and Student Affairs. “Her life and career experiences, combined with her passion for service to the Latino community, allow PNW to have a distinctive insight into the needs of Latino students and provide support accordingly. Iris is fluent in English and Spanish and is able to fully include and engage Spanish-speaking family members in the higher education process of their student. Her office supports students and their families during the enrollment process, provides support to students during their educational pursuit, and creates opportunities for partnership and learning in the community.”

Since joining PNW Sanchez has hosted a Latinx Trivia Night, a “Somos PNW” Town Hall for student organizations, and a Migrant Farmworkers and Invisible Community Forum. During the fall 2022 semester, she looks forward to offering more programs serving Latino cultures, including PNW’s annual Hispanic Heritage Month, First-Generation College Celebration, and an expanded STEM on the Road schedule. She is also actively involved with the university’s Undergraduate Admissions team. A recent development was the translation of PNW’s viewbook into Spanish.

“My top three initiatives include closing equity gaps for Latino students, creating assessments that will then give us evidence-based practices, and raising funds for scholarships,” says Sanchez.