Tau Alpha Pi is the national honor society for Engineering Technology, just as Phi Beta Kappa is for Liberal Arts and Tau Beta Pi is for Engineering. The society was founded in 1953 and managed for more than 30 years by engineering technology educator Frederick J. Berger. Since 1997, the society has been managed by the American Society for Engineering Education and it has been part of the Association of Collegiate Honor Societies (ACHS) since 2000.

Tau Alpha Pi is open to baccalaureate candidates from Engineering Technology programs that are accredited by ABET.  There have been 300+ Purdue University Northwest (PNW) College of Technology students inducted into Tau Alpha Pi’s Indiana Delta Chapter since it was re-chartered in 2001. 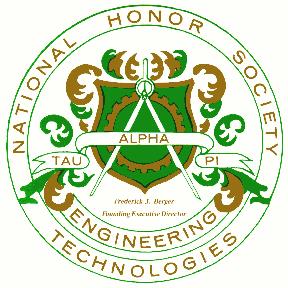 The purpose of Tau Alpha Pi is:

Membership into Tau Alpha Pi is by invitation only. Invitations are extended to students at PNW each spring semester based on several criteria, of which the main determining factor at PNW is a minimum GPA of 3.30 for at least two consecutive semesters.

The Tau Alpha Pi national website can be viewed here.

The Tau Alpha Pi – Indiana Delta chapter information for Purdue University Northwest members can be viewed via our Facebook page.