Purdue Northwest’s Center for Justice and Post-Exoneration Assistance at PNW (CJPA) has begun research and advocacy work to meet its mission of averting miscarriages of justice for prisoners experiencing wrongful convictions and exonerees.

The center, led by Nicky Ali Jackson, professor of Criminal Justice, works on criminal justice and legal policy reform and serves as a conduit for inmates alleging wrongful conviction.

The CJPA is also connected to the ongoing work of the Willie T. Donald Exoneration Advisory Coalition, also founded by Jackson, which actively helps with post-exoneration assistance for exonerees, those who have been wrongly convicted and released from prison.

The CJPA recently hosted a successful launch grand reveal dinner celebration at the Center for Visual and Performing Arts in Munster. Yusef Salaam, one of the five exonerees in the New York City Central Park jogger case, served as keynote speaker for the event. Salaam additionally presented earlier that day to approximately 150 PNW students, staff, and faculty.

Salaam emphasized how students, as the next generation of people pursuing careers in the field of criminal justice, could positively alleviate structural challenges and misdeeds while still adhering to principles of law enforcement. Salaam is also a member of the CJPA’s advisory board.

Other notable guests in attendance at the Grand Reveal dinner included Indiana Gov. Eric Holcomb; Indiana Pacers owner Steve Simon, who has offered significant financial support for CJPA; and other invited exonerees, including additional guest speaker Roosevelt Glenn. Glenn was wrongly convicted for rape in Lake County, IN. He was wrongly imprisoned for 17 years.

The CJPA uses an intake form where its project manager, Timmy Donald, reviews letters and materials from inmates which are examined for possibility of factual innocence and further review.

While the center is mostly focused on serving and acting in Indiana, it will also consider out-of-state cases. The center is investigating two cases at this time, one in Lake County and one in Marion County. The center’s staff and PNW students are also collaborating with students at the University of Michigan.

“I love that our students are working with other universities,” said Jackson. “I think that’s so important for our students to see that there is a world out there and that there are other students who are just as passionate as they are. I think it’s really great that they’re going to be able to work together.”

“Nothing is quick in the work we do. Don’t expect to see an exoneration in a year, two, three, four, or five. It probably won’t happen quickly as the average exoneration takes nine years — average!”

I think that’s so important for our students to see that there is a world out there and that there are other students who are just as passionate as they are. 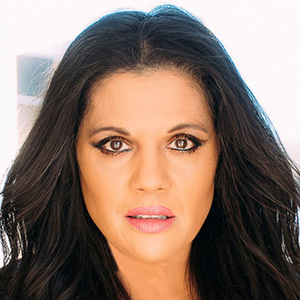 Jackson has upper level Criminal Justice students who in their Wrongful Convictions class are tasked each semester with examining a proposed case and presenting their findings on a possible wrongful conviction. Students specifically working within CJPA also have the opportunity to meet with and help exonerees with needed assistance, such as job applications.

“These are very serious matters,” said Jackson. “This isn’t something where I can just send anyone to work in this area. This is very sensitive and every student has a different asset and role.”

Jackson additionally emphasizes the center serves an educational role in providing more information for the community about what wrongful convictions are and the circumstances that contribute to them.