A retired Purdue University Northwest (PNW) professor who passed away earlier this year has left more than $700,000 to the university. The generous estate gift left by Maria O. Longas, PNW professor emerita of Chemistry, will go towards student scholarships.

In 2017, while still a full-time professor at PNW, Longas committed to supporting the university through her estate plans. At the time, she requested that her planned gift remain anonymous until after her death.

“Dr. Longas wanted to leave a legacy for Purdue Northwest students,” said Jamie Manahan, executive director for development and major gifts officer for PNW. “She cared deeply about our students and wanted to give them more opportunities to succeed. The endowed scholarship created in her name will fund scholarships to help those with financial need.”

An Advocate for Women

Throughout her career, Longas was an advocate of women in the sciences and gender diversity on college campuses. The Dr. Maria O. Longas Scholarship will provide financial support to full-time PNW students based on academic strengths and financial need with a preference given to women.

Dr. Longas was a dedicated professor who encouraged and mentored the students she taught. Through estate planning, she, Dr. Nelson, and many of our past and current colleagues exemplify the commitment of PNW faculty members to support students long beyond their service in the classroom. 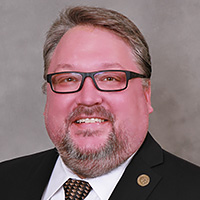 A Commitment to Knowledge

Longas joined the Hammond campus as an assistant professor of chemistry in 1987, after having taught at The Mount Sinai School of Medicine in New York. She pursued teaching after 10 years as a research associate at Sloan Kettering Institute, New York University School of Medicine and Columbia University College of Physicians and Surgeons. She was promoted to associate professor in 1990.

Longas was named “Outstanding College Teacher at Purdue University Calumet” in 1990 and “Outstanding Teacher Biology Club” in 1991. She was a member of Iota Sigma Pi, National Honor Society for Women in Chemistry. She was also awarded a one-year sabbatical in 2003 during which she worked as a research scholar at the University of Notre Dame, Department of Chemistry and Biochemistry in South Bend. She retired in August 2019 and passed away in January 2021.

Born in Columbia in 1943, Longas moved to New York to attend Hunter College, City University of New York. In 1971, she received a bachelor’s degree in Chemistry and was awarded the Emma Wagner Ackerle Scholarship. She earned a master’s degree in organic chemistry from New York University in 1973. While working toward her doctorate in chemistry from New York University, Longas worked full time as a research assistant, often taking graduate courses at night and over weekends. She received her Ph.D. in 1978.

Singing Opera in the Lab

“Maria was a memorable faculty member,” said Kathryn Rowberg, associate professor of Chemistry and former colleague of Longas at PNW. “While she worked diligently at her research she was not a single-minded scientist. She loved the arts – poetry, theatre, art and music. Every once in a while you could hear her singing an opera piece in the lab.”

In addition to being an accomplished scientist, Longas authored a book of classical Spanish poems entitled Reminiscences. The book was published in 1997 under the name María Castrillón–Longas.