Sharing Sad News of the Passing of Saul Lerner

It is with deep sadness that I share the following information. Saul Lerner, a professor of history in the Department of History, Philosophy, Politics and Economics at Purdue University Northwest since 1967, died on Tuesday, February 8. He was 85 years old.

I am beyond fortunate to have known him, and lucky to have had him as a mentor. He always believed in me. He will be missed.


Kathleen Tobin, chair of the Department of History, Philosophy, Politics and Economics, said that Dr. Lerner’s work inspired students to address some of the most concerning issues facing our nation and the world. She shared that, “Dr. Lerner was an amazing colleague and a friend to all in the university. His unending sense of curiosity inspired him to read new books every week. His incredible knowledge allowed him to teach in many areas of history, from the ancient world to the 21st century. He was a dedicated teacher and administrator, but his students were always his first priority and they remember him fondly.” 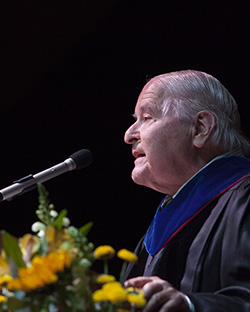 Sara Welsh, a former graduate student in history and current educator at Kankakee Valley High School appreciated Dr. Lerner’s kind and supportive nature. She stated, “Saul was very much a mentor to me and he really impacted my depth of knowledge and love of history. He always greeted you will a smile on his face and was always ready with a corny joke or two. And if he pulled you into his office, you knew you would be there a while. He had the strangest ways of being reassuring. He was my professor for many of my Masters classes and he always knew when I was worried or overwhelmed. He never hesitated to step in with something positive to say. I am beyond fortunate to have known him, and lucky to have had him as a mentor. He always believed in me. He will be missed. My heart hurts today.”

Information on services is pending. Dr. Lerner was dedicated to his students and engaging them in the scholarly pursuits of his discipline. We will miss the many contributions he has made to the college, department and our community.