Sixty-nine years of exceptional programming has left a lasting impression on Northwest Indiana. The Sinai Forum at Purdue University Northwest is fortunate to have hosted a range of world-renowned leaders! 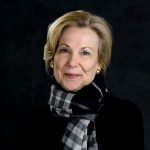 Deborah Birx, MD is a world-renowned medical expert and leader whose long career has focused on clinical and basic immunology, infectious disease, pandemic preparedness, vaccine research, and global health. Her career began with serving the United States as a colonel in the Army, and later turned into running some of the most high-profile and influential programs at the U.S. Centers for Disease Control and Prevention (CDC) and U.S. Department of State.

Dr. Stephen D. Smith, the Finci -Viterbi Executive Director of USC Shoah Foundation, and Heather Maio-Smith, CEO of StoryFile and the concept creator and producer of New Dimensions in Testimony, shared more about this interactive archive. The program featured the premiere of the interactive biography of Holocaust survivor, Max Eisen, who has shared his story of courage and survival at Auschwitz to warn of the dangers of hatred and discrimination. 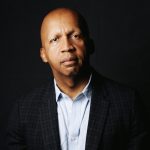 Bryan Stevenson is the founder and executive director of the Equal Justice Initiative, a human rights organization in Montgomery, Alabama. Under his leadership, EJI has won major legal challenges eliminating excessive and unfair sentencing, exonerating innocent death row prisoners, confronting abuse of the incarcerated and the mentally ill, and aiding children prosecuted as adults.

Stevenson has initiated major new anti-poverty and anti-discrimination efforts that challenge inequality in America. He led the creation of two highly acclaimed cultural sites which opened in 2018: the Legacy Museum and the National Memorial for Peace and Justice. These new national landmark institutions chronicle the legacy of slavery, lynching, and racial segregation, and the connection to mass incarceration and contemporary issues of racial bias. Mr. Stevenson is also a professor of law at the New York University School of Law. 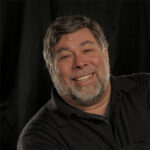 A Silicon Valley icon and philanthropist for more than thirty years, Steve Wozniak has helped shape the computing industry with his design of Apple’s first line of products the Apple I and II. In 1976, Wozniak and Steve Jobs founded Apple Computer Inc. The Apple II was integral in launching the personal computer industry.

For his achievements at Apple, Wozniak was awarded the National Medal of Technology by the President of the United States in 1985, the highest honor bestowed on America’s leading innovators. In December 2020 Wozniak launched his company Efforce, which aims to use cryptocurrency and blockchain technology to make it cheaper and easier for companies to fund green projects. 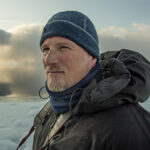 Paul Nicklen is a Canadian photographer, filmmaker, and marine biologist who has documented the beauty and the plight of our planet for over twenty years. In addition to being one of the world’s most acclaimed nature photographers, Nicklen is a sought-after speaker, a TED Talks legend, an author, and National Geographic Fellow. In the past two decades, Paul has collaborated with scientists, filmmakers, conservationists, and explorers to create awareness and inspire action for global issues like climate change. As an assignment photographer for National Geographic magazine, Nicklen captures the imagination of a global audience. 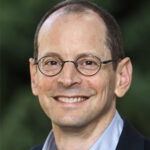 Join the Sinai Forum at Purdue University Northwest for a free virtual event, “On Free Speech and Cancel Culture with Jonathan Rauch.”

Jonathan Rauch is a senior fellow at the Brookings Institution in Washington and is the author of seven books and many articles on public policy, culture, and government. He is a contributing writer for The Atlantic and recipient of the 2005 National Magazine Award, the magazine industry’s equivalent of the Pulitzer Prize. Rauch, who is currently working on a book tentatively titled The Constitution of Knowledge will join us to discuss the idea of cancel culture and the “unending battle” for free speech. 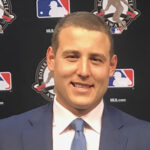 Anthony Rizzo, first baseman for the Chicago Cubs, is a three-time National League All-Star and three-time National League Gold Glove Award winner. In 2016, he led the Cubs to their first World Series Championship in 108 years. Rizzo was named the recipient of the 2017 Roberto Clemente Award, annually given to the player who best represents the game of baseball through extraordinary character, community involvement, philanthropy, and positive contributions, both on and off the field.

Rizzo, overcame Hodgkin’s lymphoma in 2008 and established The Anthony Rizzo Family Foundation in 2012 to support pediatric cancer patients and their families. Anthony Rizzo is considered by many to be one of the most respected players in Major League Baseball.

*Virtual season shortened due to the Covid-19 pandemic. 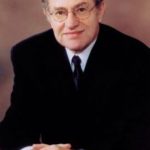 Professor Alan M. Dershowitz is a Brooklyn native who has been called “the nation’s most peripatetic civil liberties lawyer” and one of its “most distinguished defenders of individual rights.” A prominent scholar on US Constitutional and criminal law, Dershowitz has also been called the “winningest” criminal lawyer in modern history, and has argued hundreds of appeals in courts throughout the nation.

As a speaker, he challenges audiences with his thought-provoking perspectives on today’s foremost social, legal and ethical issues. Dershowitz joined the Harvard Law School faculty at age 25 – the youngest in the school’s history – and became an emeritus professor after 50 years of teaching. 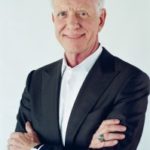 One of the most captivating American heroes of our time, and now an ardent advocate for the safety of everyone who flies, Captain “Sully” Sullenberger’s preparation and leadership enabled him to safely guide US Airways Flight 1549 to an emergency water landing in New York City’s frigid Hudson River – an inspirational and iconic moment in modern history. His incredible personal story is captured in Sully, a major motion picture directed by Clint Eastwood and starring Tom Hanks as Captain Sullenberger. Captain Sullenberger will share his lifetime of experience which prepared him to handle the unprecedented crisis presented by the “Miracle on the Hudson.” 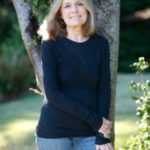 Gloria Steinem remains an iconic and inspiring voice, and one of the most visible symbols of the women’s movement. Steinem is a writer, lecturer, political activist and feminist organizer. She travels in the US and other countries as an organizer and lecturer and is a frequent media spokeswoman on issues of equality.

Steinem produces and hosts “WOMAN with Gloria Steinem,” a TV series on VICELAND that explores human rights and violence against women around the world. Her next book “THE TRUTH WILL SET YOU FREE, BUT FIRST IT WILL PISS YOU OFF,” is out October 29, 2019. 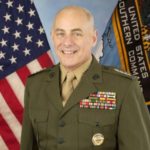 In a world where dictators are falling and rising, governments posture for a greater impact on the global stage, and information is the critical currency, who will emerge and where will opportunities exist? A 4-Star General, US Secretary of Homeland Security and former White House Chief of Staff, few people are as qualified as General Kelly to provide firsthand insight into the evolving geopolitical landscape around the world. From the UN to the Pentagon, from the South China Sea to Washington, DC, General Kelly discusses the trends, risks and potential rewards amid the hot spots around the globe. 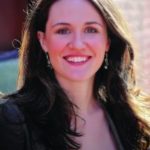 Liz Murray’s life is a triumph over adversity and a stunning example of the importance of dreaming big. Murray was raised in the Bronx by two loving but drug-addicted parents. She grew up in poverty, often without enough food, chronically absent from school and most of all, struggling to connect her education to a viable future. By age 15, Murray’s mom had died and she was homeless.

Determined to take charge of her life, Murray finished high school in just two years and was awarded a full scholarship to Harvard University, all while camping out in New York City parks and subway stations. Today, Murray is a passionate advocate for underserved youth. She is the Co-Founder and Executive Director of The Arthur Project, a mentoring program that works intensively with at-risk youth.

James Comey led the Federal Bureau of Investigation from 2013 to 2017, appointed to the post by President Barack Obama. His tenure was tested by new forces within and outside America’s borders. When Donald Trump fired Comey on May 9, 2017, it ignited a political firestorm. In his talk, “The Ethical Leader,” Comey will provide a rare respite from partisan politics. Comey’s story is one of great leadership, misguided leadership, patriotism and the vital importance of shaping a culture that puts the truth first.

Platon is an internationally known photographer whose portraits capture the personalities behind the public faces of the world’s most powerful decision makers. Shooting portraits for a range of international publications including Rolling Stone, The New York Times magazine, Vanity Fair, Esquire and GQ, Platon developed a special relationship with TIME magazine, producing over 20 covers for them. In 2007, he photographed Russian Premier Vladimir Putin for TIME magazine’s “Person of the Year” cover. This image was awarded 1st prize at the World Press Photo Contest. Platon is a communicator and storyteller. His work has been exhibited in galleries and museums both domestically and abroad.

Reshma Saujani is the founder and CEO of Girls Who Code, a national non-profit organization working to close the gender gap in technology. Through its summer immersion programs and clubs, Girls Who Code is leading the movement to inspire, educate, and equip young women with the computing skills to pursue 21st century opportunities. Saujani’s TED talk, “Teach girls bravery, not perfection,” has more than 3 million views and sparked a national conversation about how we’re raising our girls. Saujani is a graduate of the University of Illinois, Harvard’s Kennedy School of Government, and Yale Law School.

Robert Costa is a national political reporter for The Washington Post, where he covers the White House, Congress and campaigns. He is also the moderator of PBS’ Washington Week, an award-winning news discussion program, and a political analyst for NBC News and MSNBC. Costa is a graduate of the University of Notre Dame and holds a master’s degree in politics from the University of Cambridge.

For many years, Lou Holtz has been considered among the greatest speaking legends in America today. He speaks on overcoming seemingly impossible challenges by setting goals and working to achieve them. Holtz established himself as one of the most successful college football coaches of all time. Twenty-six seasons as a collegiate head coach earned Holtz a sterling reputation for turning pretenders into contenders. He is known for taking football programs and elevating them to the top 20; but nowhere has he done this as impressively than at the University of Notre Dame.

All Speakers from 1954 to Present