A stroll outdoors on the Hammond campus grounds will reveal some new picnic tables installed around the open green spaces. They’re evident in their light brown color, which will “weatherize” or break-in the tables like their darker brown counterparts.

Ten new tables are assembled thanks to the planning and work of PNW Construction Club members. The students were approached by PNW Facilities, and invited to build new tables to replace old ones. Facilities staff purchased and supplied the lumber and metal, and the students got to work in early March in their Anderson Building lab space.

“We saw firsthand what a project manager has to do,” says Maeve Cucolotto, vice president of PNW Construction Club and Engineering Technology master’s student. “There’s logistics behind it where you have to count bolts and organize your materials. It mimics the actual construction field.”

“The first one (table) took us three hours,” says Clay Whiting, president of PNW Construction Club and third-year Construction Engineering and Management Technology major. “I drilled too many holes in the wood you have to connect the metal base to. The next week it was a lot smoother.”

After getting accustomed to the project logistics and necessary tools, the group went from assembling one table in three hours to making four in the same timeframe.

“That’s what they’re going to see in the future,” says Afshin Zahraee, assistant professor of Construction Engineering and Management Technology and faculty sponsor of PNW Construction Club. “The first one is always going to be tough. But they persevered through it. You have to have a growth mindset. They see their tangible results.”

Zahraee says the picnic tables are a major accomplishment for a club in its inaugural year.

“You want to immerse students in a project where they may not be as comfortable as sitting on a computer,” says Zahraee. “Take some risks and see what happens. I can confidently say they’ve done a good job with all they’ve done this semester. I’ll gladly sit at one of these tables. 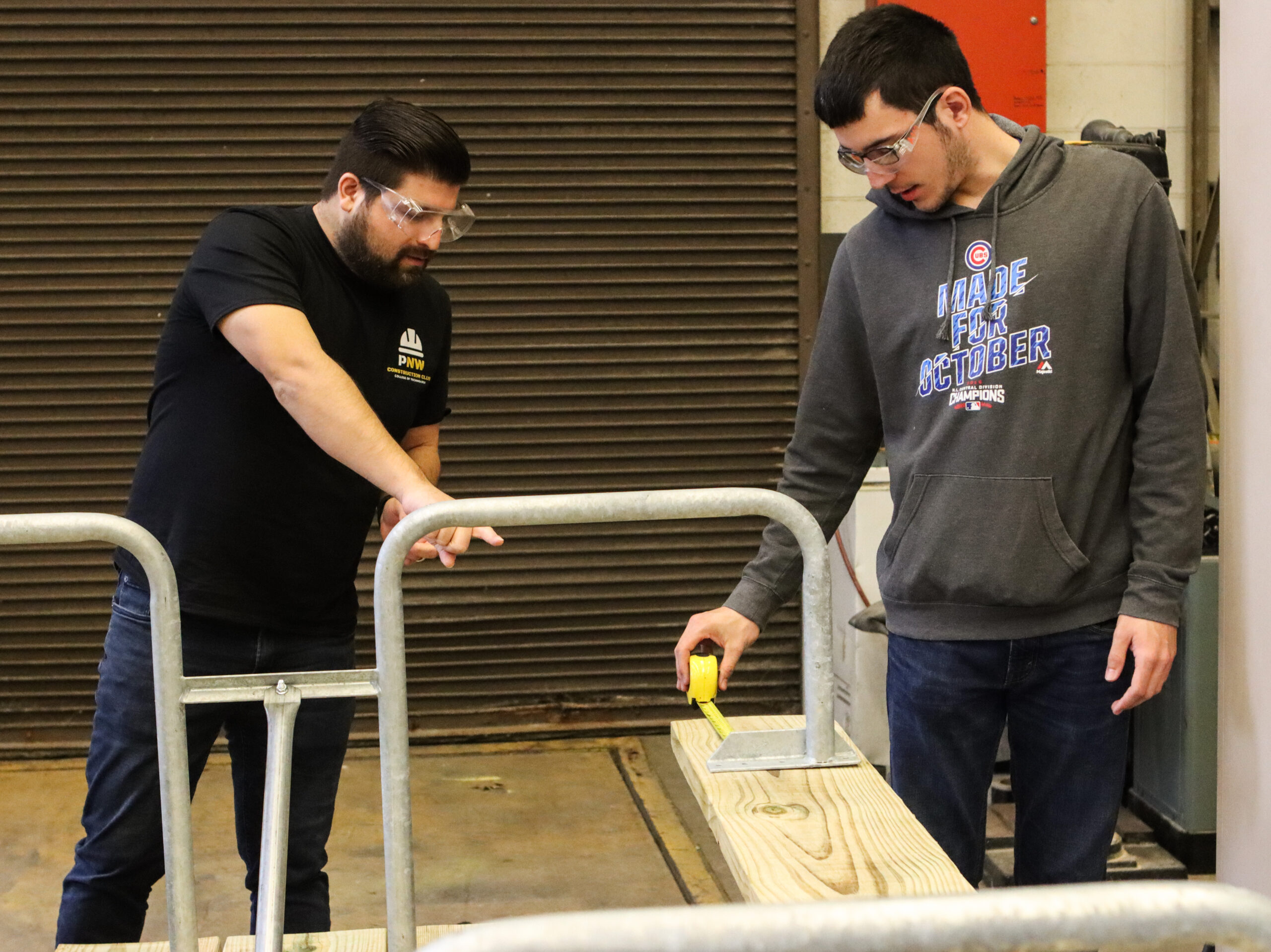 “The club has turned into a great bonding experience. This group is so motivated, and it couldn’t succeed without that enthusiasm and the hours they’ve put in. When you’re working with the common good for a goal, they get a good experience out of it. And, of course, there are donuts in the morning.”

For more information about Construction courses and other offerings in PNW’s College of Technology, visit pnw.edu/technology.