The Purdue University Northwest College of Business and the College of Technology successfully held the final pitches in The PNW Big Sell competition live on May 1, where the top three winners were announced.

Rockland Page, owner of Merrillville-based RockaBlock, was awarded first place and $10,000 for his Freedom Fighters t-shirt design which brings together fashion, history and technology. Second place went to Emily Edwards of Schererville, founder of Emily’s Foods, who was awarded $5,000 for her plant-based Paradise snack packs. In third place with an award of $2,500 was Artunity’s founder, Jay Weinberg of Valparaiso, whose business idea offers the public an opportunity to donate to an artist for a chance to win original artwork.

“This type of event is important,” said Mont Handley, entrepreneur in residence and associate director of the PNW Commercialization and Manufacturing Excellence Center (CMEC). “It provides recognition to those who are gaining traction with their startups, motivation to those who are interested in entrepreneurship and serves to promote an emerging entrepreneurial ecosystem in Northwest Indiana.”

This year’s event, under the direction of Handley and Alexandra Moran, clinical instructor of entrepreneurship at PNW, was streamed live from WJOB housed inside PNW’s CMEC building in Hammond. The 12 finalists delivered a six-minute pitch to a three-member panel of judges made up of local entrepreneurs, David Olivencia, Kristin Burton and Kelli Jones.

In addition to the three winners, a Fan Favorite Award was handed out to Merrillville resident, Michelle Pearson, chief executive officer at MPB Essential Technology, Inc., who was able to generate the most audience praise for her pitch.

“Our hope is that these entrepreneurs continue to move forward, keep going, and keep pressing on with their innovations,” said Moran. “We’re trying to create a community ecosystem of entrepreneurs and this is just one piece of it.”

The PNW Big Sell final pitch competition can be viewed on-demand at jedtv.com. 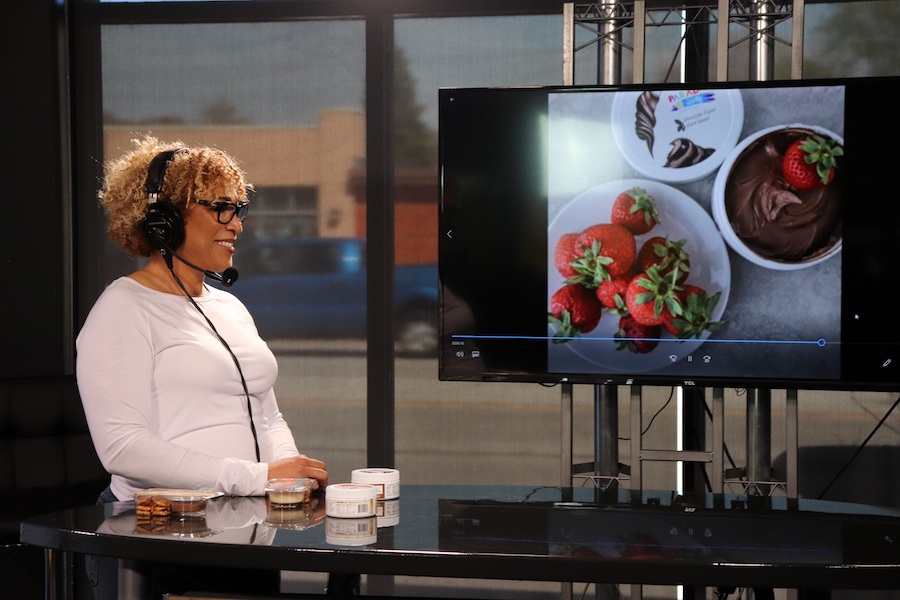 Emily Edwards of Emily’s Foods gives the judges her final pitch during The PNW Big Sell competition on May 1. 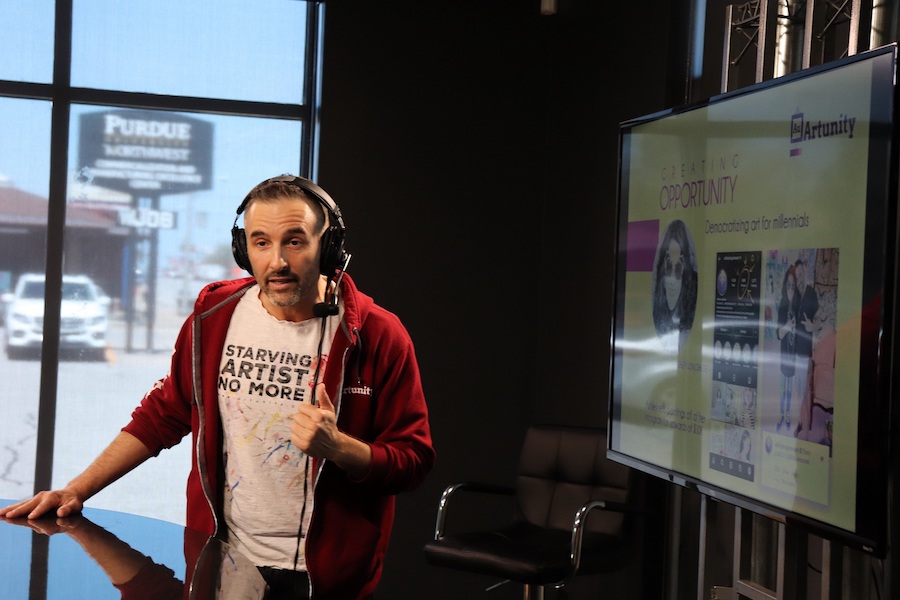 Artunity’s Jay Weinberg pitches the judges during The PNW Big Sell competition on May 1.