At PNW, you will find space to be your truest self. We offer a culture of inclusivity, equitable treatment and welcoming opportunities for all. 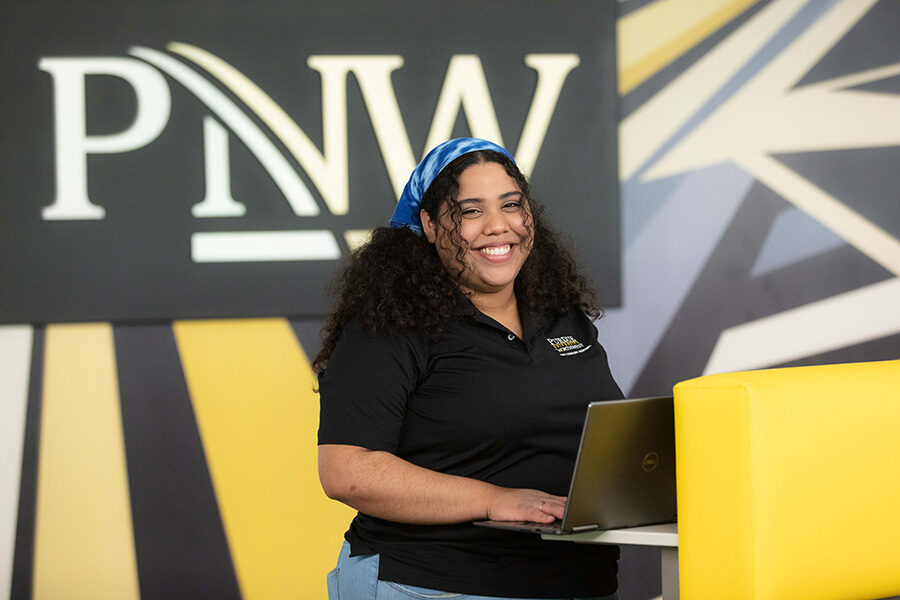 Meet new people. Share your perspectives. Gather for events and study in a way that meets your schedule with our multicultural and student-family study lounges. 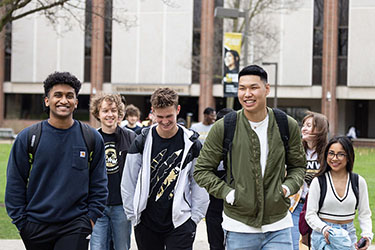 PNW is committed to providing a diverse and inclusive learning environment for its campus community that values students and employees from multiple backgrounds who contribute to a vibrant metropolitan university. 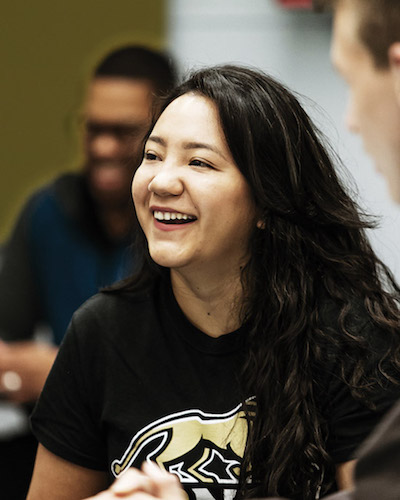 I choose PNW because it is one of the best universities around the world. I wanted to know people from different countries and let them know about mine.

Want to be part of building an inclusive PNW community? We’ve got answers to some frequently asked questions below.

Pronouns are words that replace nouns in a sentence, such as “you,” “we,” or “they.” Most of the time we use pronouns without giving them a second thought, but when we’re working to be inclusive of people from all gender identities and expressions, it is important to consider our use of gendered pronouns when referring to people.

Just ask! We encourage our allies to ask rather than assume a person’s pronouns. Similar to a name, we can’t know how to best respect a person in conversation without introductions. We encourage you to introduce yourself with your own pronouns to then open the door for others who feel comfortable sharing their names and pronouns with you to do so. A phrase you might use is “My name is [your name] and I use the pronouns [your pronouns]. Are there any names or pronouns I can use to best respect you?”

If you misgender someone, we have a few steps for you to keep in mind:

These pronouns can refer to people who identify as boys or men, but are not limited to male people. While he can be an affirming pronoun for some people, we can’t assume that all people who appear to be masculine or affirm a male identity use he/him/his pronouns.

Similar to the he/him/his set, these pronouns can refer to people who identify as girls or women, but are not limited to female-identified people. Likewise, we can’t assume that all people we assume or know to be female use she/her/hers pronouns.

In addition to its use as a plural pronoun, they/them/their has a rich history of use as a gender-neutral singular pronoun in the English language. The Oxford English Dictionary sources the singular they as far back as 1375. They is often used in reference to a singular person whose gender pronouns are unknown, such as in the sentences “Someone left their umbrella here. How can we find out who they are?” or “I’m not sure what their pronouns are. I should ask them next time.” It’s also very important to honor that some people specifically use they/them/their pronouns instead of he or she to represent their identity outside of the gender binary.

Just use my name!

Like identities, pronouns can be complex and fluid. Some people don’t use pronouns, some people use different pronouns in different settings, and sometimes we forget to ask for pronouns or aren’t comfortable doing so. It’s appropriate to use the name a person shares with you.

Students, staff and faculty at PNW may use their chosen names on campus even if they have not been formally changed through a legal process.

Students: Please contact the Office of the Dean of Students at dos@pnw.edu and we will work to complete your requests.

Faculty and Staff: Please contact Human Resources at hr@pnw.edu and they will be in contact with you about completing your request.

If you are looking for resources to complete a formal process to legally change your name and/or gender marker, visit this page. 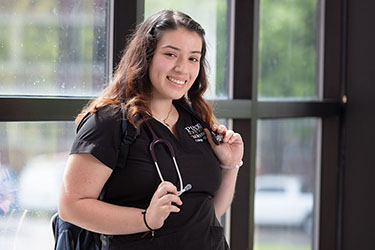 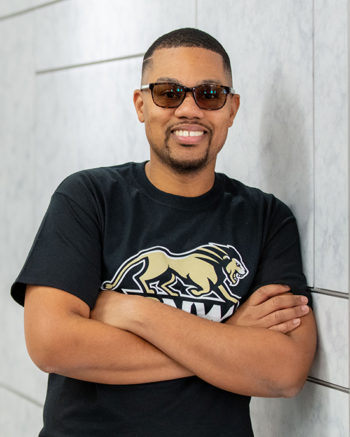 From Safe Zone support to Veteran Services, PNW has resources for students who need them. Discover what’s available at Purdue Northwest.

PNW’s Office of Equity, Diversity and Inclusion aims to promote an open, respectful and welcoming climate and culture that facilitates learning, discovery, service and professional development.

Purdue University Northwest’s 60+ student organizations include many groups committed to sharing and celebrating the diversity that makes us strong. Meet a few of our most-active organizations below! 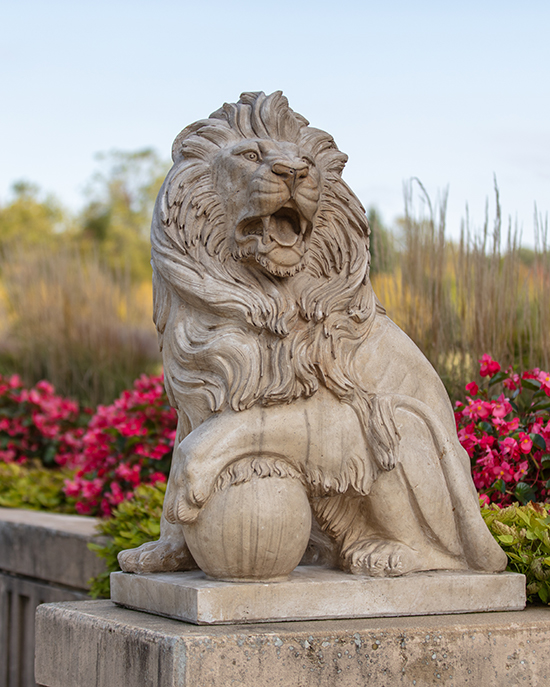 The Spanish Club at Purdue Northwest is dedicated to maintaining and expanding Latin American and Spanish culture and language through our activities. 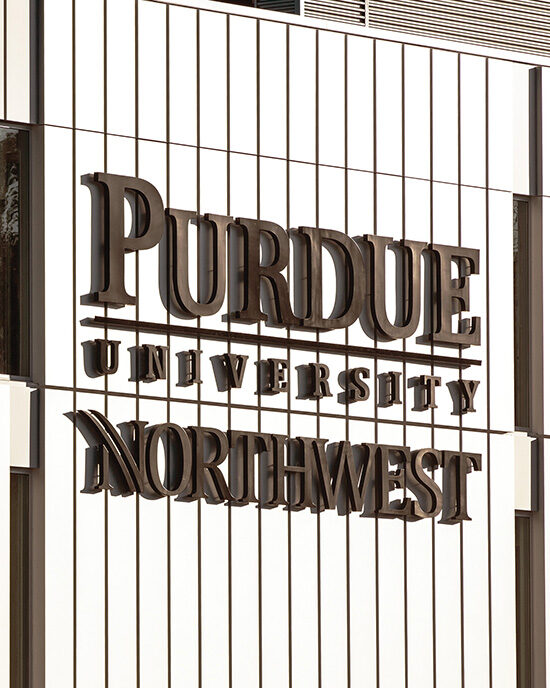 The Chinese Student Association shares Chinese traditional culture with the PNW community and facilitates communication with the Chinese community on and off campus. 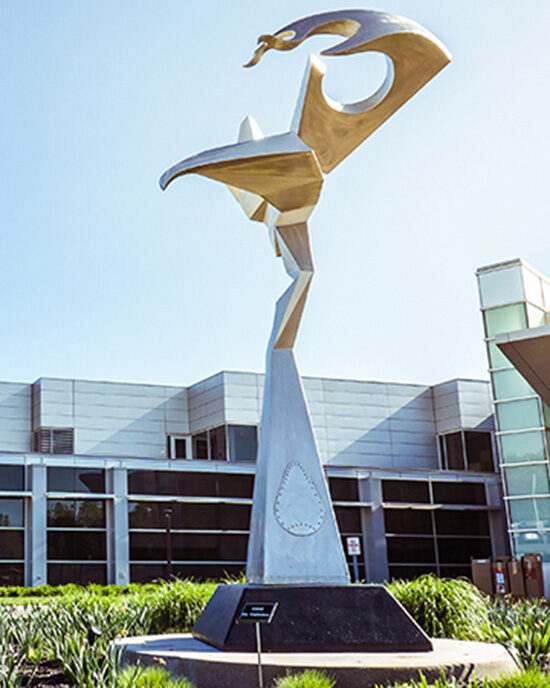 National Society of Black Engineers’ mission is to increase the number of black engineers who succeed professionally, excel academically and positively impact the community. 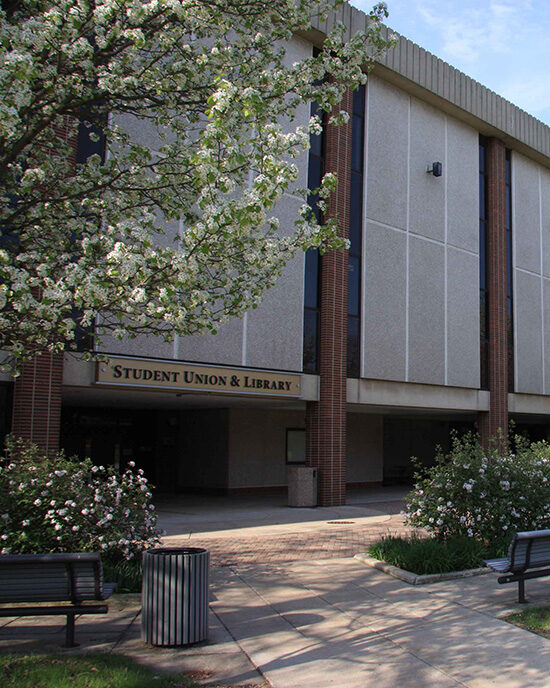 Sisters with a Purpose

Sisters With A Purpose aims to provide a safe, supportive space for women of color, specifically Black and Latina women, at Purdue University Northwest and the surrounding communities.

On Thursday, January 12 the PNW community is invited to come together to discuss, learn, and reflect on topics related to Dr. Martin Luther King, Jr.’s Legacy.

While the PNW campuses will be closed for Martin Luther King Jr. Day, we encourage students, faculty and staff to take this day off to volunteer. PNW will be hosting several community service activities on this date to participate in a day of work to highlight Dr. King’s legacy.